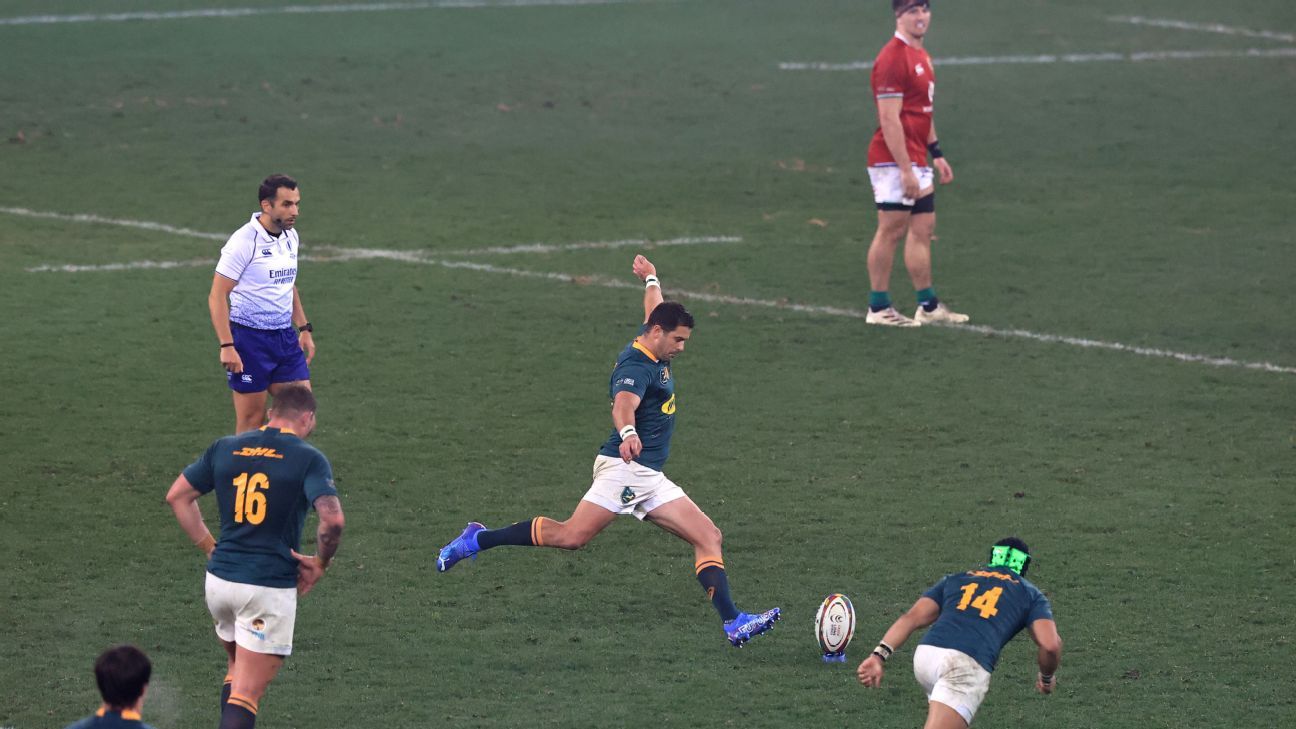 Veteran Morne Steyn kicked over a last-gasp penalty to hand South Africa a narrow 19-16 victory over British & Irish Lions in the third and final test on Saturday to seal a 2-1 series victory.

The 37-year-old reprised his heroics from 12 years ago when he did the same for the Springboks to win the 2009 series over the tourists.

After Ken Owens had gone over for the Lions in the first half, a second-half try from Cheslin Kolbe saw the home side fight back from 10-6 down at half-time at the Cape Town Stadium.

The Lions had won the first test 22-17 but the Springboks were 27-9 victors in the second clash.

Two pilots took off in plane, but only one was left when it landed
Hear John Dean’s reaction to Trump’s Watergate comparison
Olivia Newton-John dead at 73. Look back at her iconic moments
Pink Floyd co-founder explains meaning behind warning at the top of his show
‘Serious as a heart attack’: What Cipollone subpoena means