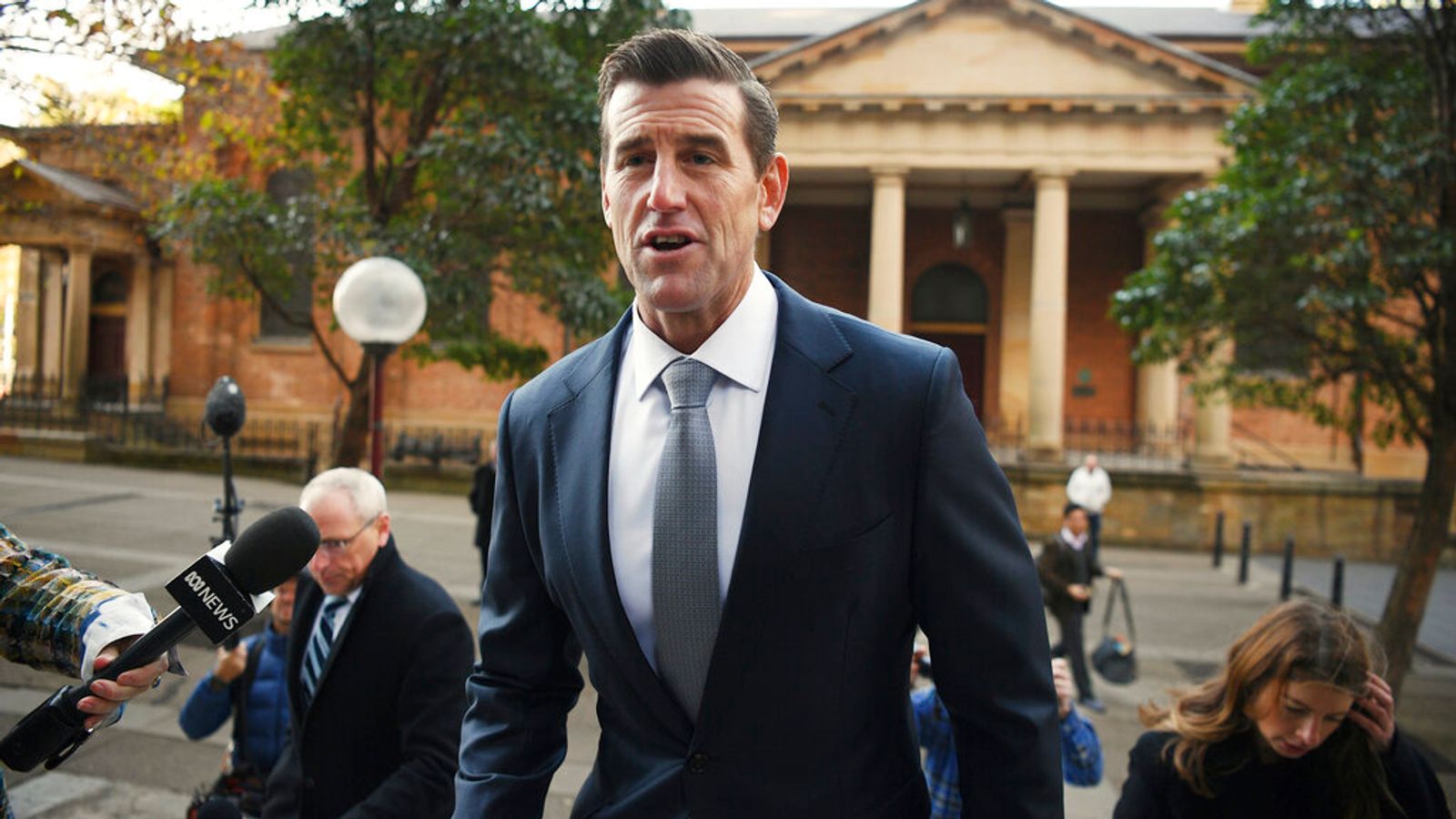 Australia’s most decorated living war veteran is suing three newspapers for libel over claims about his time fighting in Afghanistan.

Ben Roberts-Smith, 42, has begun legal proceedings against The Sydney Morning Herald, The Age, and The Canberra Times over articles they published in 2018.

The defamation trial against Nine Entertainment, who owned all three papers at the time, began at Sydney‘s Federal Court on Monday.

Bruce McClintock, Mr Roberts-Smith’s lawyer, told the court his client’s reputation had been destroyed by “corrosive jealousy” and “bitter people” who had run a “poisonous campaign against him”.

Mr McClintock said other soldiers had been “enormously jealous” about the honours awarded to Mr Roberts-Smith – which include the Victoria Cross – and had sought revenge with claims he “broke the moral and legal rules of military engagement”.

He said the former Special Air Service Regiment corporal risked his life during tours between 2009 and 2012, making specific reference to the “selfless valour” he demonstrated during an incident in Kandahar province in 2010.

Mr McClintock said he had showed “total disregard for his own safety”, engaging insurgents at point-blank range and managing to kill a number of them.

He added that during the trial his client will deny all claims of bullying other soldiers and that an insurgent killed was under 14-years-old.

Nine Entertainment, which is a rival company of Seven West Media where Mr Roberts-Smith is an executive, will plead the truth defence.

Around 39,000 Australians have served in Afghanistan, with 41 killed in combat.