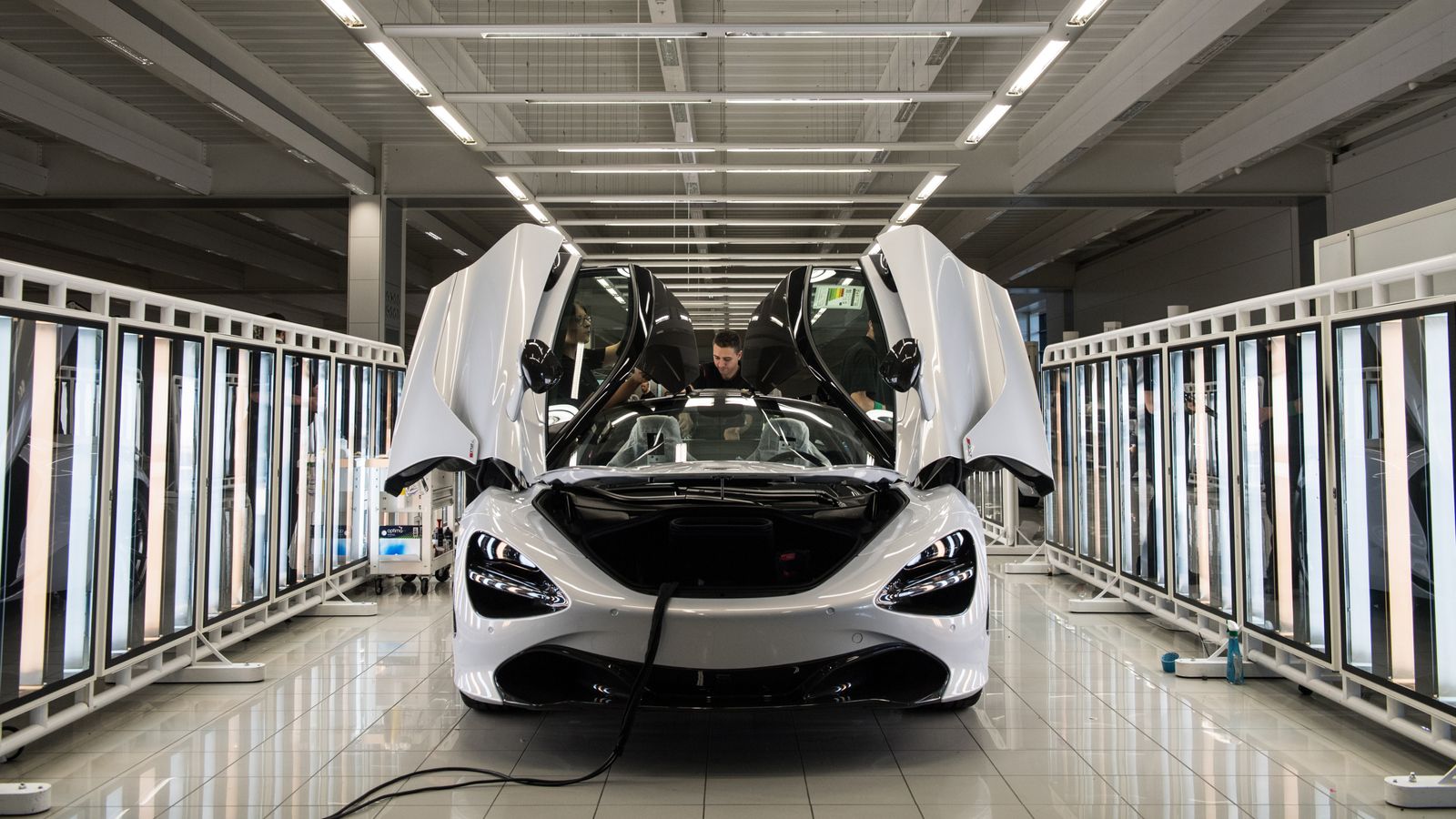 Saudi Arabia’s sovereign wealth fund is in advanced talks to acquire a stake in McLaren Group as part of a fresh shake-up at the British supercar manufacturer and Formula One (F1) team-owner.

Sky News has learnt that the Saudi Public Investment Fund (PIF) is to participate in a £550m equity-raise which could be unveiled by McLaren within days.

Banking sources said the deal would include £400m of new capital from PIF and Ares Management, a major global investment firm, with £150m being injected into the company by McLaren’s existing shareholders – who include Mumtalakat, the sovereign investment fund of Bahrain.

The equity-raise was still being finalised on Friday and could still be delayed, the sources cautioned.

If completed, however, it would represent a major vote of confidence in McLaren’s strategy under the leadership of Paul Walsh, the former Diageo chief who joined last year as executive chairman.

The Woking-based company endured a torrid start to the pandemic as it sought a government loan to shore up its balance sheet.

It was also forced into a restructuring of its workforce which saw hundreds of jobs axed.

Sales of its luxury road-cars have, however, rebounded strongly in recent months, while its racing fortunes have also continued to recover.

The Saudis’ acquisition of a minority stake in McLaren Group could pave the way for a series of commercial tie-ups involving the company and the oil-rich Gulf state, one analyst suggested on Thursday evening.

The PIF has also been part of a consortium attempting to buy Newcastle United Football Club from the retail tycoon Mike Ashley – a role which has attracted intense scrutiny from the Premier League and triggered a formal arbitration process that is expected to be resolved this month.

The Saudi fund has been a big investor in technology companies, in part through the giant Vision Fund led by Japan’s SoftBank, and also through individual companies such as the electric vehicle start-up Lucid Motors, which it listed in New York earlier this year.

Its experience with Lucid could be of benefit to McLaren as it develops more hybrid and electric cars such as its Artura model.

Ares Management is regarded as a blue-chip provider of capital to companies around the world, and has an existing relationship with McLaren, according to insiders.

The equity-raise will allay any lingering questions about the strength of McLaren’s balance sheet and will take the total funding raised by the group since Mr Walsh’s arrival to well over £1bn.

That figure comprises a £300m equity injection in March 2020, a £170m sale-and-leaseback of its spectacular Surrey headquarters and a £185m windfall from the sale of a separate stake in McLaren Racing.

McLaren also secured a £150m loan from the National Bank of Bahrain, reflecting its close ties to the Gulf state, last year.

The sale of a stake in McLaren Racing, which comprises its F1 team and INDYCAR Championship outfit, came during a revival in its on-track fortunes after years in the doldrums.

Lando Norris, one of its F1 drivers, sits in fourth place in the drivers’ championship, with team-mate Daniel Ricciardo lying in eighth.

The team, which is overseen by McLaren Racing chief executive Zak Brown, occupies third spot in the constructors’ championship behind Red Bull and Mercedes.

As well as its racing arm, the group consists of McLaren Automotive, which makes luxury road cars and which was highly profitable prior to the COVID-19 crisis; and McLaren Applied Technologies, which generates revenue from sales to corporate customers.

Founded in 1963 by Bruce McLaren, the car marque is one of the most famous names in British motorsport.

During half a century of competing in F1, it has won the constructors’ championship eight times, while its drivers have included the likes of Mika Hakkinen, Lewis Hamilton, Alain Prost and Ayrton Senna.

In total, the team has won 180 Grands Prix, three Indianopolis 500s and the Le Mans 24 Hours on its debut.

This weekend, it will compete in the British Grand Prix at Silverstone.

It has sponsorship deals with companies including Darktrace, the cybersecurity software provider, Dell Technologies, the computing giant, and – as of this week – Stanley Black & Decker, the tool manufacturer.

McLaren is a major British exporter, directly employing about 3000 people and supporting thousands of jobs across the UK supply chain.

The company saw its separate divisions reunited following the departure in 2017 of Ron Dennis, the veteran McLaren boss who had steered its F1 team through the most successful period in its history.

He became one of Britain’s best-known businessmen, expanding McLaren’s technology ventures into a wide range of other industries through lucrative commercial partnerships.

Mr Dennis offloaded his stake in a £275m deal following a bitter dispute with fellow shareholders.

He had presented to McLaren’s board a £1.65bn takeover bid from a consortium of Chinese investors, but did not attract support for it from boardroom colleagues.

HSBC and Goldman Sachs are advising on the latest equity-raise.

McLaren did not respond to a request for comment on Friday morning.