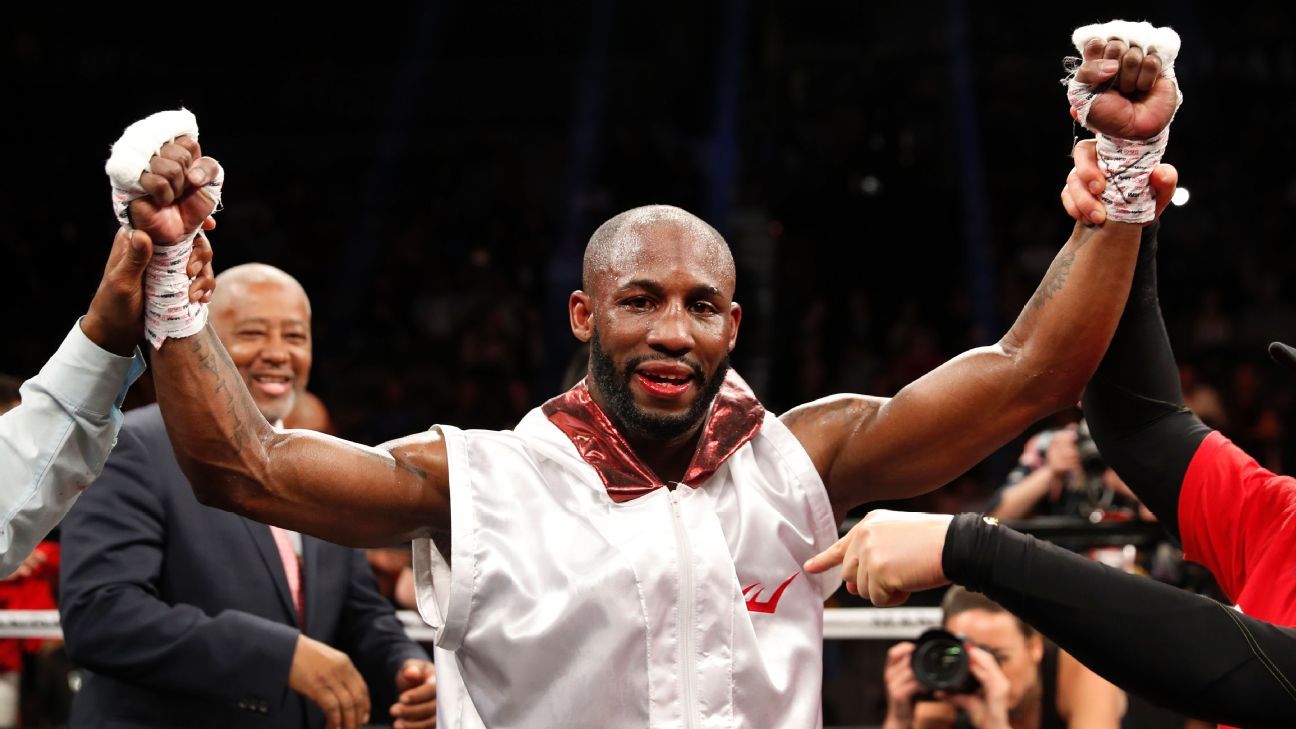 Manny Pacquiao’s battle with Errol Spence Jr. won’t be the only welterweight title fight on Aug. 21 in Las Vegas.

Yordenis Ugas will defend his 147-pound title against Fabian Maidana in the chief-support bout on Fox pay-per-view, multiple sources tell ESPN. The other two matchups on the card: a fight between former 147-pound champions Robert Guerrero and Victor Ortiz, along with a 126-pound bout pitting Mark Magsayo vs. Julio Ceja, sources said.

Ugas (26-4, 12 KOs) won the vacant WBA title with a decision-victory over Abel Ramos in September, but it was for the secondary version. The Panama City-based organization is notorious for having two (and in some cases, three or even four) champions in the same division, so it was widely expected Pacquiao would be reinstated as champion ahead of his fight with Spence.

But in a surprise move, the WBA earlier this month rejected Pacquiao’s petition to be recognized as champion, a title the future Hall-of-Famer won from Keith Thurman in 2019. Ugas, ESPN’s No. 6 welterweight, will make his first defense against the brother of Marcos Maidana.

Marcos Maidana, of course, is best known for two PPV fights with Floyd Mayweather, but also for his ferocious in-ring style that included a win over Adrien Broner and a loss to Amir Khan in the 2010 fight of the year.

Fabian Maidana (18-1, 13 KOs) isn’t well known and will be a massive underdog against Ugas.

The 29-year-old Argentine will be challenging for his first title. Ugas has a deep resume as both an amateur and a pro. The 35-year-old dropped a controversial decision to Shawn Porter in a 2019 title fight, but own wins over Thomas Dulorme, Ray Robinson and Jamal James.

The Cuban won Olympic bronze in 2008 and now lives in Miami. In the third welterweight fight on the PPV, former 147-pound champions Guerrero and Ortiz will meet in a bout between two boxers nearing retirement. Both retired once already only to return.

And like Maidana, they both lost to Mayweather. Guerrero, 38, has won three fights against journeymen since suffering three consecutive losses. The Bay Area, California, native is a former three-division champion who possesses an aggressive style.

Guererro (36-6-1, 20 KOs) hasn’t competed since September 2019. It’s been an even longer layoff for Ortiz (32-6-3, 25 KOs). The 34-year-old was last in the ring in February 2018 when he settled for a draw with Devon Alexander. The Southern Californian hasn’t scored a meaningful win since he claimed the title with a 2011 victory over Andre Berto.

Magsayo (22-0, 15 KOs) is promoted by Pacquiao and is stepping way up in competition. A win over Ceja, a former 122-pound champion, should push the 26-year-old Filipino closer to the brink of a top-10 ranking at featherweight.

Ceja (32-4-1, 28 KOs) is coming off a draw with current 122-pound champion Brandon Figueroa. The 28-year-old Mexican was stopped by Guillermo Rigondeaux in the prior bout.