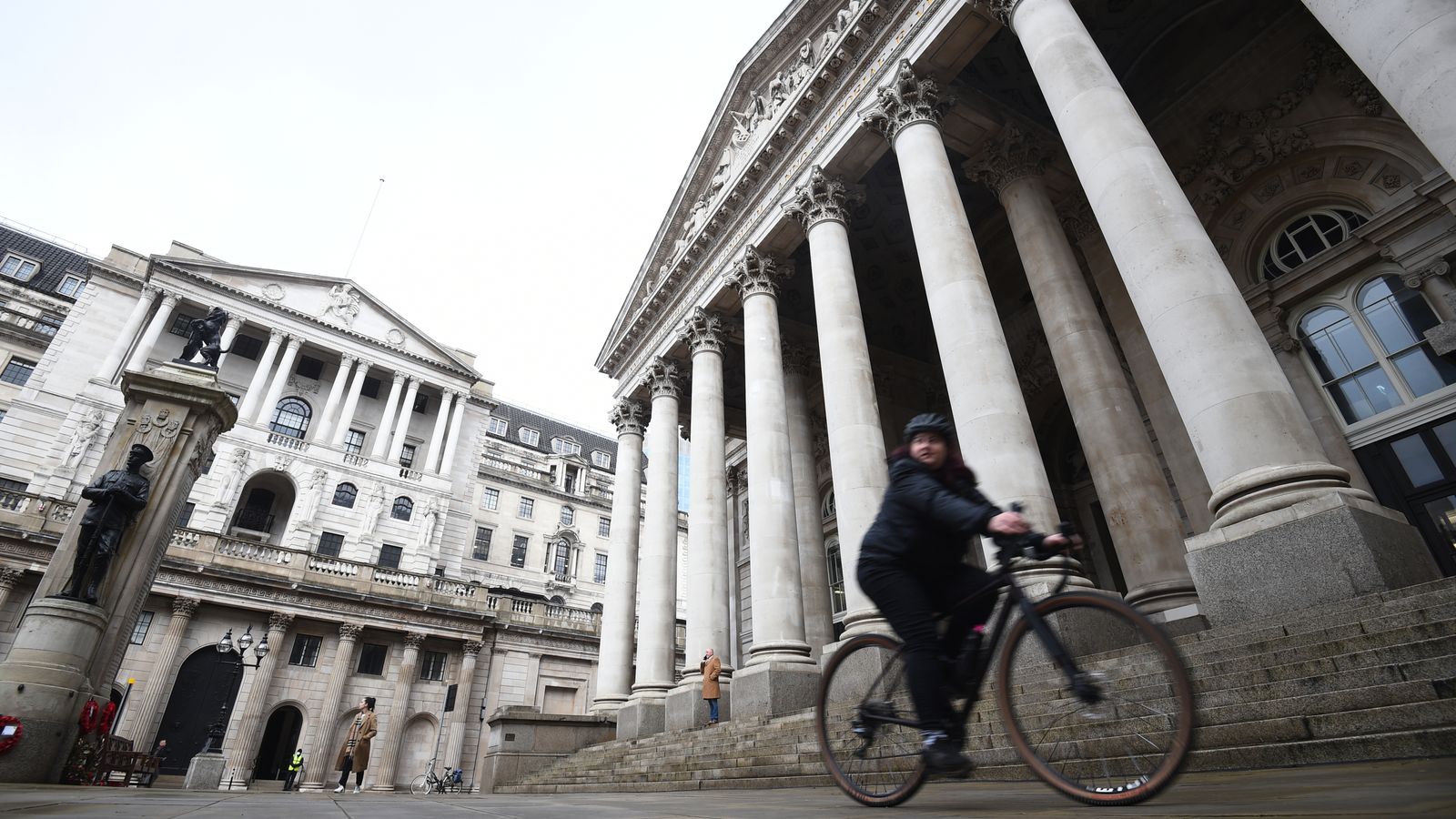 The Bank of England has warned inflation will increase further this year to double the target rate, but insisted rising prices will only be temporary as it kept interest rates on hold.

The monetary policy committee (MPC) also kept in place measures to support the economy, despite some calls for them to be cut to cool cost pressures.

Latest economic forecasts from the Bank show it expects inflation to peak at 4% in 2021, against a previous prediction of 2.5%.

Although twice the government-set target, the Bank said it would be “transitory” and inflation will return to 2% in the medium term.

Although the MPC voted unanimously to hold rates at 0.1%, one member Michael Saunders voted to cut its £895bn bond-buying quantitative easing (QE) programme by £45bn in the face of concerns about hikes in inflation, but was outvoted by seven to one.

There had been speculation the Bank could halt the measure as the UK’s economic recovery spurs on sharp rises in the cost of living.

The Bank’s former chief economist Andy Haldane had repeatedly called for a £50bn QE cut before he left the committee last month.

However, others argued it was not the right time to reduce support for the economy, amid continuing uncertainty over the pandemic.

The Bank said: “The committee’s central expectation is that current elevated global and domestic cost pressures will prove transitory.

“Nonetheless, the economy is projected to experience a more pronounced period of above-target inflation in the near term than expected in the May Report.”

The Bank kept its growth forecast at 7.25% for 2021, as it said gross domestic product (GDP) was set to have risen by a better-than-expected 5% in the second quarter, but will slow to around 3% – weaker than first forecast – in the third quarter.

The Bank said: “UK GDP (gross domestic product) is projected to recover further over the remainder of the year, reaching its pre-pandemic level in (the fourth quarter of) 2021, with demand growth boosted by a waning impact from COVID.

“Further out, the pace of GDP growth is expected to slow towards more normal rates, partly reflecting the gradual tightening in the stance of announced fiscal policy.”

It added: “Frictions in the labour market are judged likely to dissipate over the forecast period, boosting growth in effective supply capacity.

“There is uncertainty around these judgments, including how the economy will adjust to the end of the furlough scheme.”

Russia’s latest strategy shift in Ukraine explained
Hear why McConnell and McCarthy are at odds over key bills
Taiwan tensions: Could Taiwan defend itself against China?
Ukraine war: The artillery slugging match for the south
‘Something has changed’: Stelter on Trump and Fox relationship