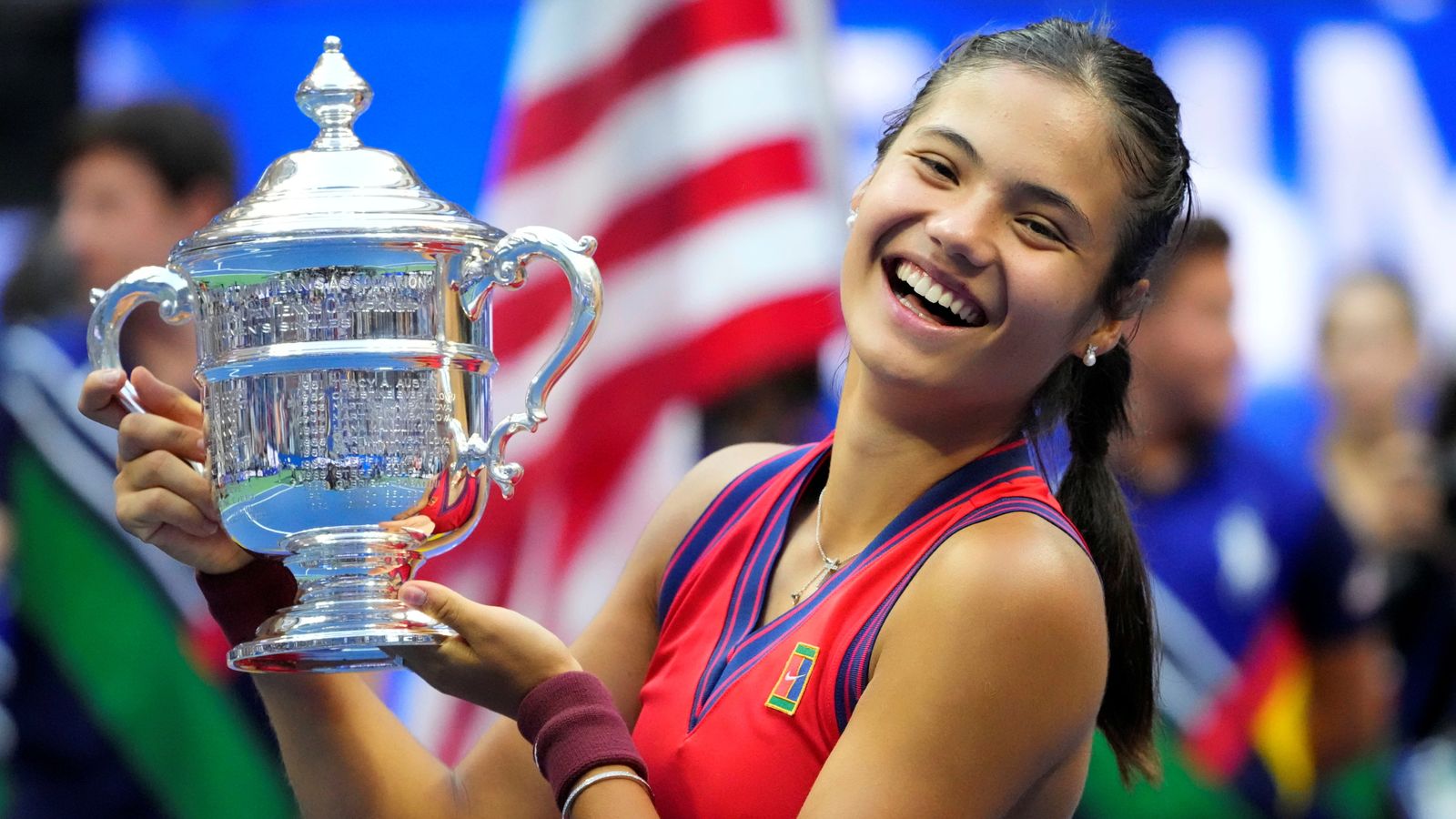 Their showdown lasted an hour and 51 minutes, and was the first major tennis final between two teenagers in 22 years.

Saturday night’s match had a dramatic finale as Raducanu was forced to have a medical time out after skidding on the court and grazing her leg as she raced to return a ball – much to the annoyance of Fernandez.

Speaking on court after the match, the British tennis sensation praised her opponent – and expressed hope that they will play in many more tournaments and finals in the future.

She told the crowd: “Thank you to everyone here in New York – thank you all for making me feel so at home from my first qualifying match all the way to the final. I’ve loved playing in front of you and you’ve really spurred me on in some difficult moments.”

Raducanu was presented with the trophy by American tennis legend Billie Jean King, as Virginia Wade and Tim Henman cheered on.

“Just to have such British legends and icons for me to follow in their footsteps, it definitely helps and gave me the belief that I could actually do it,” she said.

It is an extraordinary, unprecedented achievement for Raducanu, who came into the US Open ranked 150th in the world.

She didn’t drop a set during the entire tournament, playing a total of 10 matches including three in qualifying.

Sky’s US correspondent Martha Kelner, who is at Flushing Meadows in New York, said: “She was virtually unknown three months ago before she got that wild card through to Wimbledon. She said that her aim by the end of this year was to be in the top 100 in order to get access automatically to the Australian Open at the start of next year.

“She certainly didn’t expect that she’d be the US Open champion, I don’t think anyone did. No one knew quite how talented she was before this tournament.

“I think in the past we’ve seen young players overhyped – perhaps by the media or by a public that’s starved of seeing genuine Grand Slam contenders. But Emma Raducanu, as if there was any doubt left, is the real deal – she is absolutely sensational and completely nerveless as well.”

Raducanu will now receive $2.5m (£1.8m) in prize money – and her fairytale journey will undoubtedly make her one of Britain’s best-known sports stars.

No qualifier had ever reached a slam final before – and as well as being the first woman to win a title in as few as two tournaments, Raducanu is also the youngest champion since Maria Sharapova triumphed at Wimbledon in 2004.

Each rally between Raducanu and Fernandez was hard fought, with both women reading each other’s games in a way their previous opponents didn’t manage to do.

The last British woman to hoist a major tennis trophy was Virginia Wade at Wimbledon in 1977.

Just three months ago, Raducanu was sitting her A-levels – securing an A* in Maths and an A in Economics.