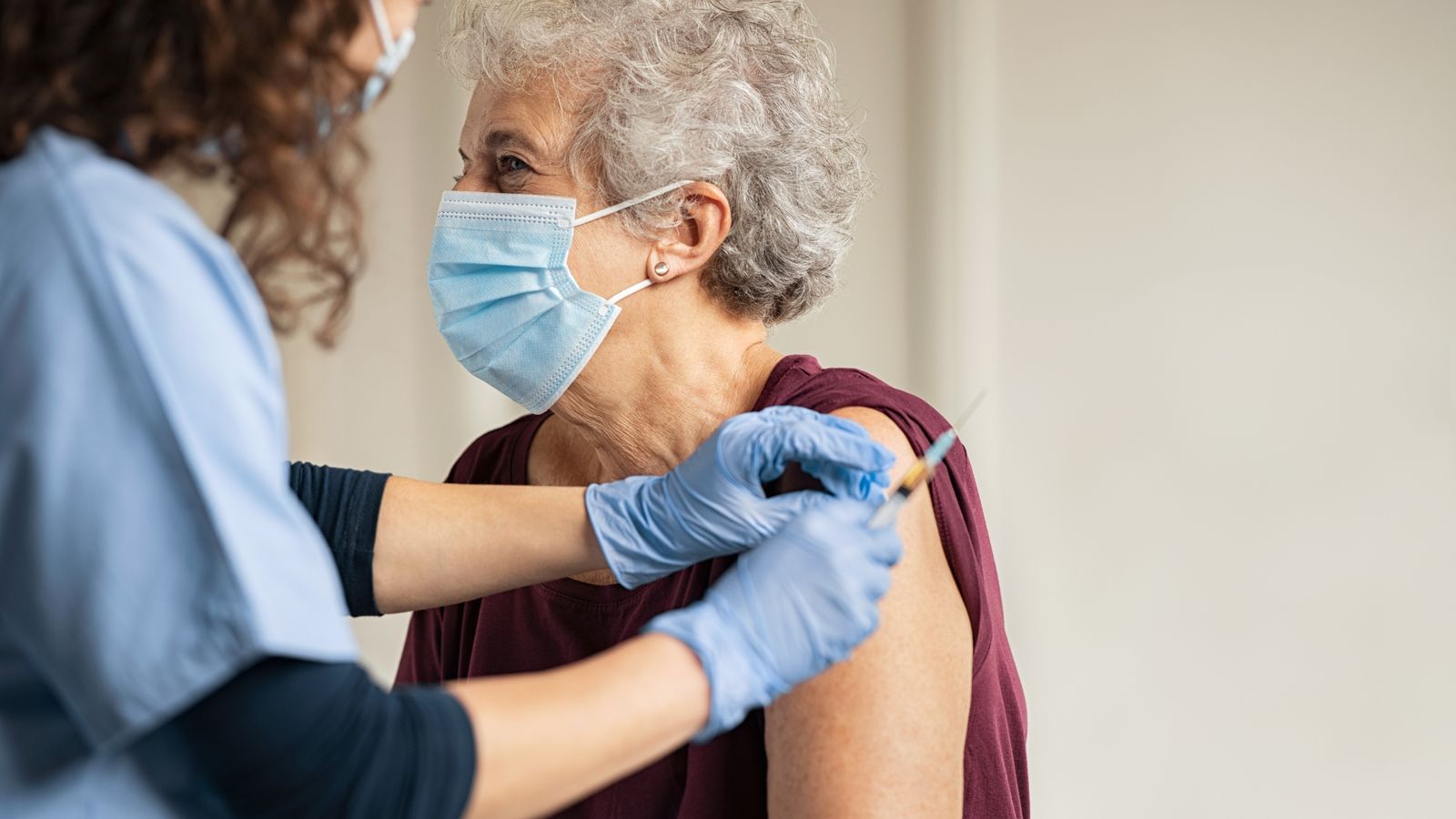 Sajid Javid has told Sky News he is “concerned” that the UK could witness a bad flu season due to there being “a lot less immunity” around to the virus because of the COVID restrictions that were in place last winter.

The health secretary said the government is preparing to roll out “the biggest flu vaccination programme this country has ever seen” following concerns that many more elderly and vulnerable people could contract the virus than that did last year.

Mr Javid added that, for those over 50, “getting your flu jab is going to be as important as having your COVID jab“.

Back in July, the government announced plans for more than 35 million people, including secondary school pupils, to be offered a free flu vaccine this winter.

Ministers said the flu vaccine, to be rolled out from September, would be available to:

• Those aged 50 years and over

Unveiling the plans two months ago, the Department of Health and Social Care acknowledged that “it is possible there will be higher levels of flu this winter”.

“The flu vaccine is safe, effective and protects millions of people each year from what can be a devastating illness,” Dr Doyle said in July.

“Last winter, flu activity was extremely low, but this is no reason for complacency as it means less people have built up a defence against the virus. Combined with the likelihood that COVID-19 will still be circulating, this makes the coming flu season highly unpredictable.”

“Winter, autumn, it is not just COVID that likes that part of the year – it is other viruses too,” he said.

“You have just mentioned another really important thing that we have got to prepare for and that is flu.

“I have already mentioned the preparations for boosters and I think that is going to be an important part of our defence, but when it comes to flu, what we have been planning the past few weeks is the biggest flu vaccination programme this country has ever seen.

“Why am I concerned about that? Because last year we didn’t have much flu because of all the other controls that were in place. And that means there is a lot less immunity around to flu than normal.

“And we know in some years, in a bad flu year, just how terrible it can be.

“So, alongside our continuing COVID vaccine programme, we are going to have our biggest ever flu programme – and I would say to those people listening, certainly those who are over 50, getting your flu jab is going to be as important as having your COVID jab.”

Scotland’s First Minister Nicola Sturgeon later told Sky News: “We are going into, as everybody across the UK is, a very challenging and difficult winter period – so it is really important that we keep a very close eye on what is happening.”

On Thursday, the health secretary said he was “confident” COVID-19 booster jabs will start being administered later this month after the UK’s medicines regulator said the Pfizer-BioNTech and Oxford-AstraZeneca coronavirus vaccines are safe to use.

The move by the Medicines and Healthcare products Regulatory Agency (MHRA) would allow the government to begin a COVID-19 booster programme if it decides to proceed with one.

Mr Javid said the news is “very welcome” but he will wait for a final opinion from the Joint Committee on Vaccination and Immunisation (JCVI) before giving the go-ahead.

However, he added: “I’m confident our booster programme will start later this month but I’m still waiting for final advice.”

The MHRA issued guidance saying Pfizer boosters can be given to anyone, regardless of which doses they have had previously, while AstraZeneca boosters should only be provided to those who previously had that jab.

The JCVI is examining whether booster shots are necessary for the elderly and vulnerable, with planning under way for a potential rollout this month.

Committee members are expected to decide who should get a third jab in the next few days.

But the head of the World Health Organization (WHO) has told wealthier countries to refrain from offering booster shots until the end of the year in order to prioritise first doses for people in poorer countries.

Tedros Adhanom Ghebreyesus said he was “appalled” by comments from pharmaceutical manufacturers who claim vaccine supplies are high enough to allow for both third jabs and vaccinations in other countries.

Last week, the government announced that around half a million people who have a severely weakened immune system will be offered a third COVID-19 jab.

This extra dose will be offered to anyone over 12 who was severely immunosuppressed at the time of their first or second dose, including those with leukaemia, advanced HIV, and recent organ transplants – but it comes separately from the plans for a booster programme, which would see a larger number of people offered a third COVID jab.