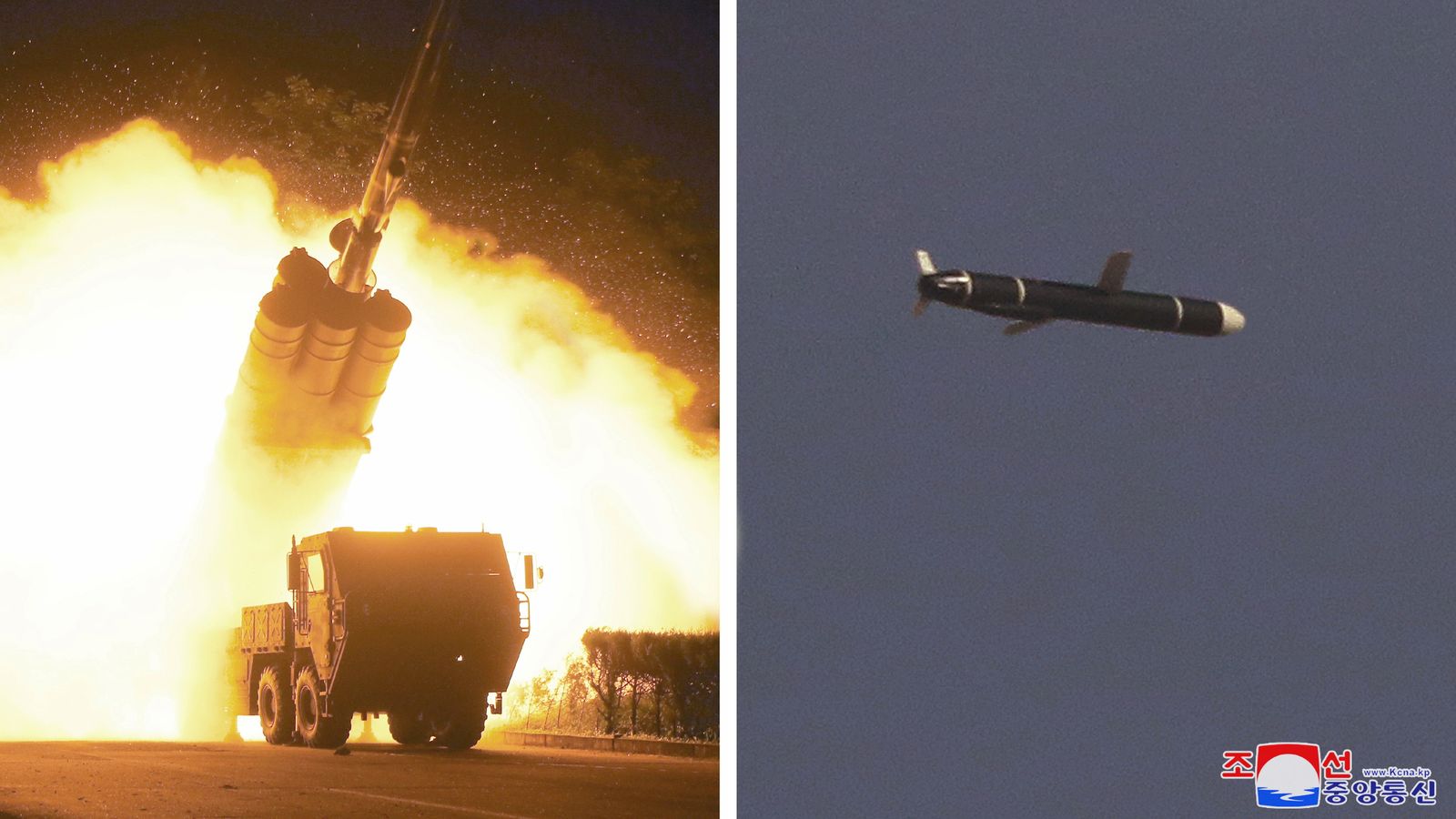 The Korean Central News Agency (KCNA) reported that the missile hit targets 932 miles away, flying along different patterns, in tests over North Korea during the weekend.

It described the missile as “a strategic weapon of great significance”.

South Korea said its military was analysing the launches using US and South Korean intelligence.

The US military’s Indo Pacific command said: “This activity highlights [North Korea’s] continuing focus on developing its military program and the threats that poses [to] its neighbours and the international community.”

It was North Korea’s first known testing activity since March, when it launched a new short range tactical missile.

The most recent test did not involve ballistic missiles, which can be used to carry large nuclear warheads, and so is not banned under UN Security Council resolutions.

Photos in Rodong Sinmun, an official newspaper, show the missile in flight and being launched from a mobile launcher.

“This would be the first cruise missile in North Korea to be explicitly designated a ‘strategic’ role,” Ankit Panda, a senior fellow at the US-based Carnegie Endowment for International Peace, told Reuters.

“This is a common euphemism for nuclear capable system.”

The test, if confirmed, represents an uptick in North Korean military research activity after a relatively quiet period.

In April, North Korea’s leader called for another “arduous march” against tough economic conditions – a term previously used to describe a famine in the 1990s which left hundreds of thousands of people dead.

But this week the country held a large parade in the capital Pyongyang to celebrate the 73rd anniversary of its founding.

And last month the UN said that North Korea appeared to have restarted a nuclear reactor, potentially producing plutonium for nuclear weapons.

Talks over North Korea’s nuclear disarmament have been at a standstill since 2019. Negotiators from South Korea, Japan and the United States are meeting this week to discuss ways to break that impasse.

Ukraine War: Was the shopping centre missile attack deliberate?
Trump’s former chief of staff predicts things could get very dark for Trump
War in Ukraine: What weapons are being given to Ukraine by the UK?
A ‘wow’ moment from the most recent Jan. 6 committee hearing
Law professor who taught Merrick Garland predicts he will indict Trump