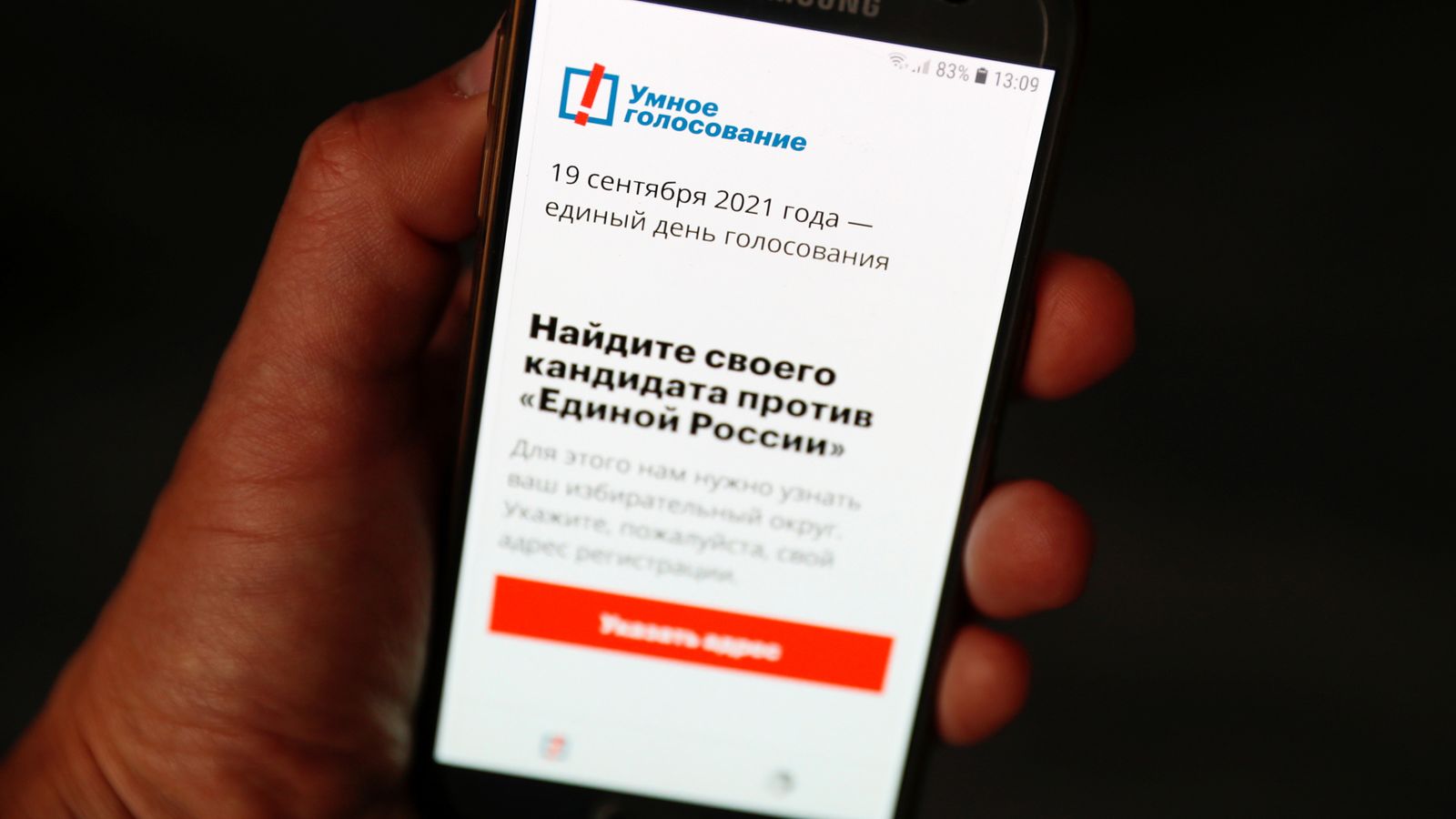 Google deleted a Russian tactical voting app from its online store after staff were threatened, sources at the tech giant have said.

Both Apple and Google had come under significant pressure from Russian regulators to block the anti-government app, devised by allies of jailed Kremlin critic Alexei Navalny ahead of Friday’s election starting.

The app gives people detailed recommendations on who to vote for in an effort to thwart the electoral chances of the ruling United Russia party, which supports President Vladimir Putin.

Sources at Google said the decision to take the app down was not taken lightly but was done because of multiple legal demands.

They said Google staff on the ground had also received threats.

Google sources added that the app is no longer available on the app store but will still function if someone has already downloaded it, and remains available on other websites.

It comes as polls opened across Russia for three days of voting in the parliamentary election. This weekend is widely seen as important for Mr Putin to cement his grip on power ahead of 2024’s presidential election.

Ivan Zhdanov, a senior adviser to Mr Navalny, posted on Twitter a letter from Apple that appeared to confirm the removal of the app, with the group declared “extremist” in Russia.

Mr Zhdanov said the decision was a “mockery of common sense”, adding: “Google and Apple are making a huge mistake.”

The Kremlin hailed the decision to take the app down, with spokesperson Dmitry Peskov saying: “This app is illegal in our country, both platforms were notified accordingly and seemingly made this decision in accordance with the letter of the law.”

In August 2020, Mr Navalny, a Russian opposition leader and fierce critic of the president, survived a novichok poisoning that was blamed on Russian intelligence.

Back in February, the 45-year-old was jailed for two-and-a-half years for parole violations.

Trump’s former chief of staff predicts things could get very dark for Trump
War in Ukraine: What weapons are being given to Ukraine by the UK?
Hear who George Conway thinks needs to come clean about Trump’s role in Jan. 6
Podcaster Dame Deborah James dies after battle with bowel cancer
Two former Trump officials react to Cassidy Hutchinson’s testimony