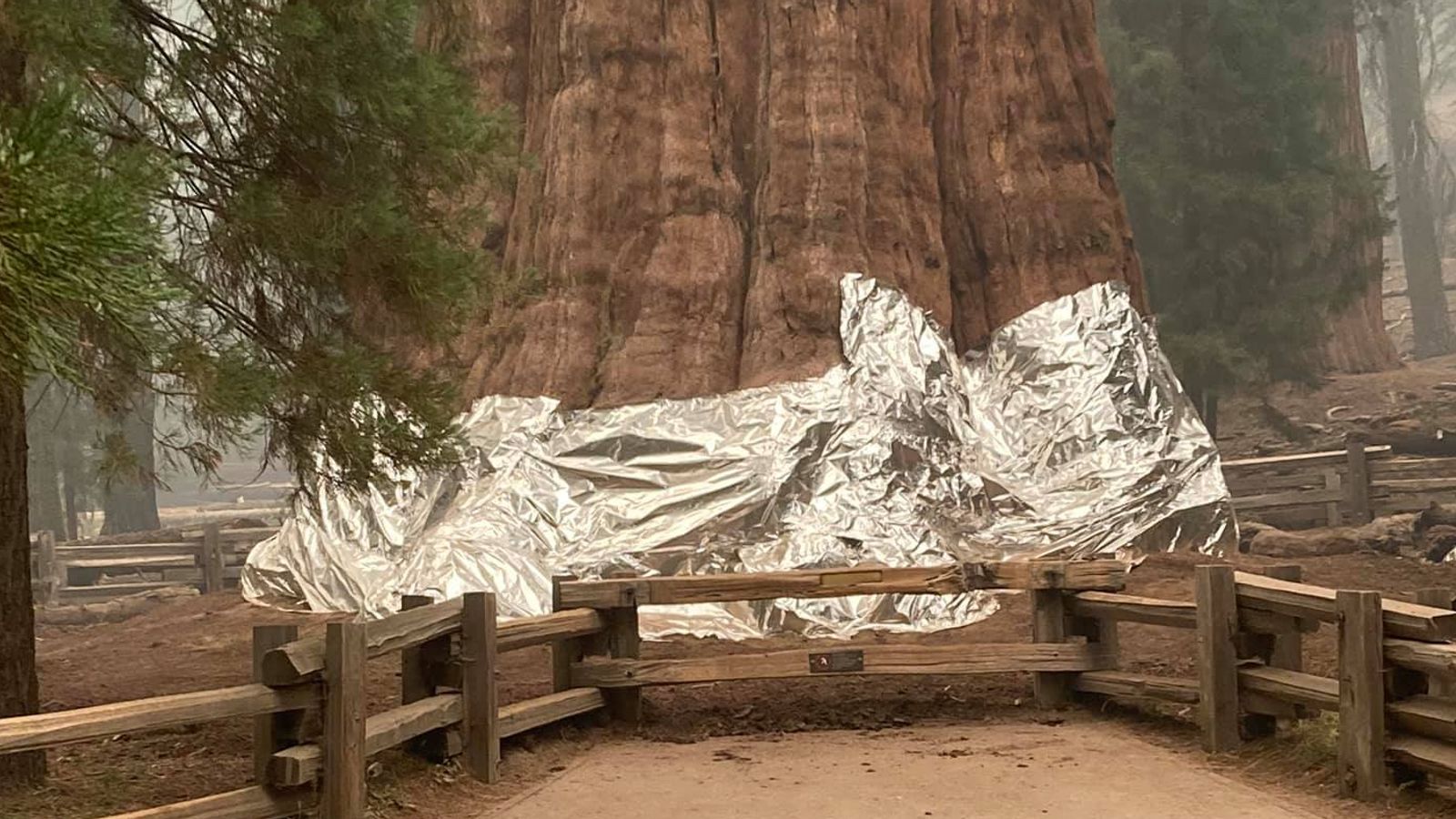 The base of the world’s largest tree has been wrapped in a flame-resistant blanket, in an attempt to save it from wildfires raging through California.

The General Sherman Tree, located in a national park in the Sierra Nevada, was covered in an aluminium wrapping that can withstand intense heat for short periods.

In Sequoia National Park’s Giant Forest some other large sequoias, the Giant Forest Museum and other buildings were wrapped for protection against the possibility of intense flames.

Federal officials said the material has been used for several years throughout the western US to protect sensitive structures from flames.

The Colony Fire, one of two burning in the national park, is expected to reach the Giant Forest – a grove of 2,000 sequoias – within days, fire officials said.

The General Sherman Tree is the largest in the world by volume, at 52,508 cubic feet.

Prescribed burns – fires set on purpose to remove other types of trees and vegetation that would otherwise feed wildfires – have been used for the last 50 years to help the parks’ sequoia groves survive by lessening the impact if flames reach them.

A “robust fire history of prescribed fire in that area is reason for optimism,” said fire spokeswoman Rebecca Paterson.

“Hopefully, the Giant Forest will emerge from this unscathed.”

Giant sequoias are adapted to fire, which can help them thrive by releasing seeds from their cones and creating clearings that allow young sequoias to grow. But the intensity of fires can overwhelm the trees.

Historic drought and heatwaves linked to climate change have made wildfires harder to fight in the American West.

The wildfires are among the latest in a long summer of blazes that have scorched nearly 3,550 square miles in California and destroyed hundreds of homes.