­­­­The UK has recorded 36,710 new COVID-19 cases and another 182 deaths in the last 24-hour period, with 7,588 people currently in hospital with the disease, according to the latest government figures­­.

The latest figures compare to 34,460 infections and 166 fatalities on Wednesday.

And on this day last year, there were 1,730 coronavirus patients in hospitals across the UK.

The number of patients on mechanical ventilation beds currently stands at 943.

It comes as figures from Public Health England found the number of positive coronavirus cases in the country has dropped in all regions and in most age groups – except those aged five to 19, where there’s a rise in infections.

PHE’s weekly COVID-19 surveillance report also found while the overall number of reported acute respiratory incidents decreased compared to the previous week, there has been an increase in the number seen in educational settings.

It follows Professor Chris Whitty’s warning on Wednesday that any unvaccinated child “is likely” to get infected.

“The great majority of children who have not currently had COVID are going to get it at some point,” he told MPs. 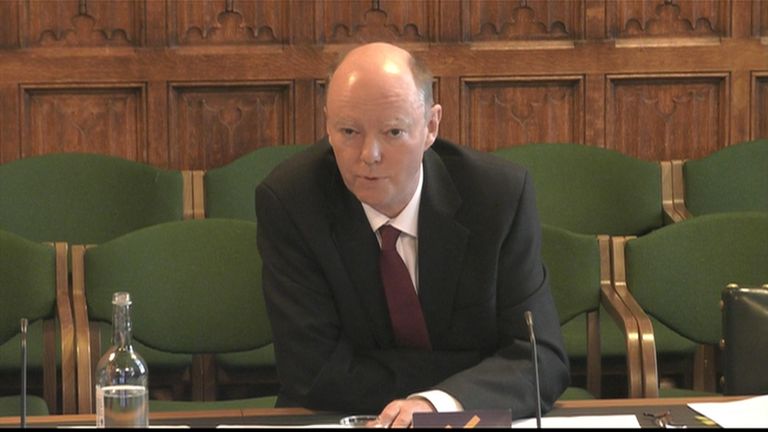 Professor Chris Whitty says almost half of all school kids have had COVID, with it now spreading fastest among young people.

Ahead of the latest figures, leading experts said COVID would soon be comparable to the common cold thanks to vaccination.

Professor Sir John Bell from Oxford University, said the virus could resemble the cold by spring next year, as immunity is boosted by vaccines and exposure.

He added the country “is over the worst” and things “should be fine” once winter has passed, adding that there was continued exposure to the virus even in people who are vaccinated.

Elsewhere, British Airways has scrapped plans to relaunch short-haul flights from Gatwick, after they were suspended at the start of the pandemic in March 2020.

The carrier had planned to launch short-haul flights from the airport again, but it has failed to reach an agreement with Balpa, the pilots union.

On Wednesday, Transport Secretary Grant Shapps said the government plans to scrap PCR tests for fully vaccinated international travellers and the business minister told Kay Burley earlier that it was “absolutely the aim” to move to lateral flow tests by October half-term.

“We’ve got to get the systems in place because we want to move to lateral flow tests to make it easier and cheaper for people to be able to enjoy those holidays at half-term,” he said.