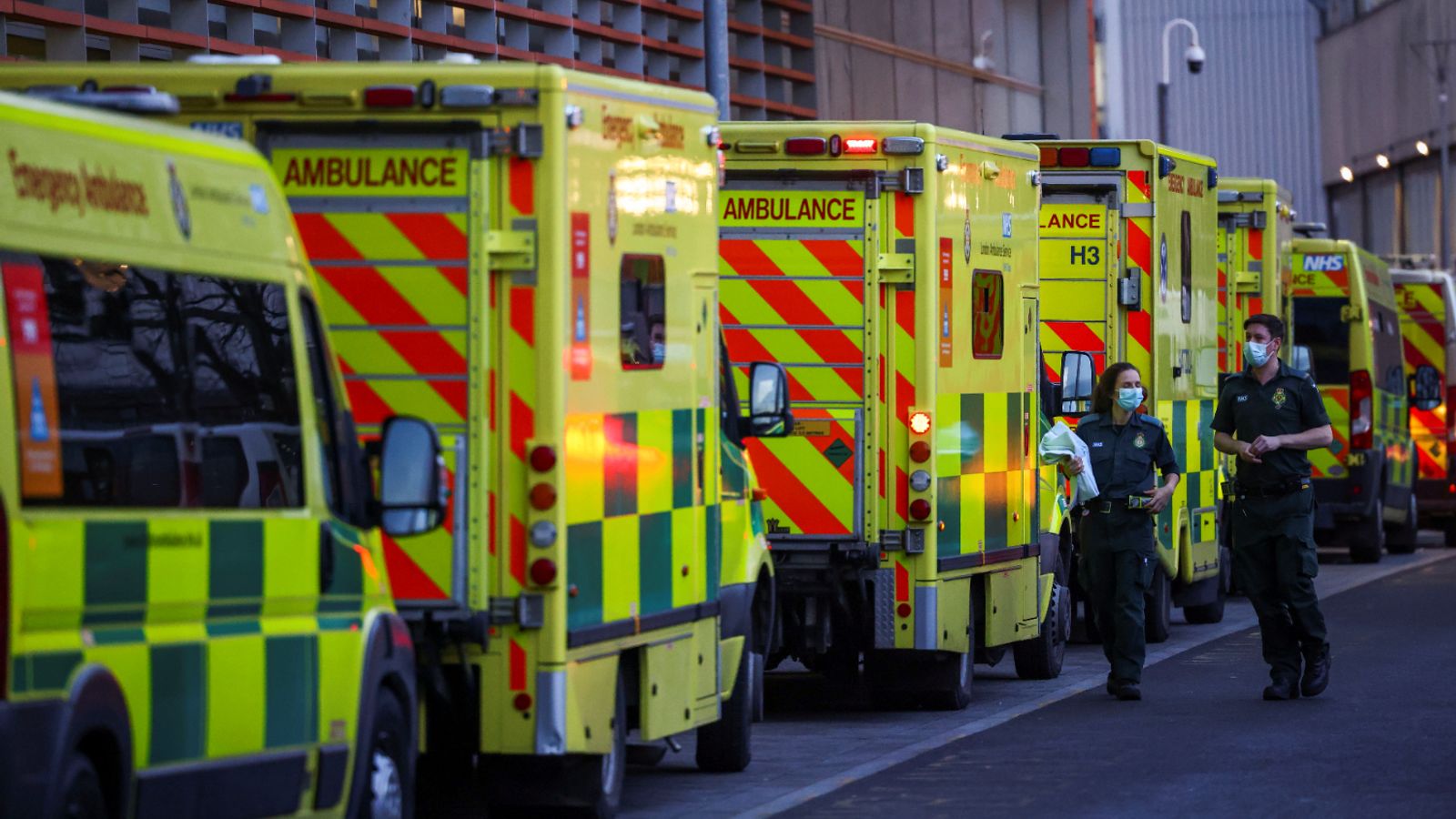 Health leaders have urged the government to introduce “some kind of Plan B” with emergency departments in a “terrible place” amid rising levels of coronavirus infections.

Dr Katherine Henderson, president of the Royal College of Emergency Medicine, warned ministers that hospitals are “already struggling to cope” and that medical professionals are worried about the winter months ahead.

Meanwhile, Professor Adam Finn, who is on the Joint Committee of Vaccination and Immunisation (JCVI), told Sky News’ Trevor Phillips on Sunday that COVID-19 hospital admissions and deaths are rising and the government must not be “complacent”.

Prof Finn added that vaccines are not going to be enough to keep the spread of coronavirus under control and said people need to make an effort to avoid contact in order to slow transmission rates.

Their comments come as the government faces increasing pressure to enact what is known as “Plan B”, which includes working from home guidance and the mandatory use of face masks in some settings.

Health Secretary Sajid Javid said this week that new cases could reach 100,000 a day, but Downing Street insisted there was spare capacity in the NHS and that the fall-back Plan B would only be triggered if it came under “significant pressure”.

Mr Javid said the focus was on delivering the booster jab programme successfully.

Earlier this week, it was announced that the former head of England’s coronavirus vaccine delivery drive is returning to the NHS to lead the booster rollout, amid growing concerns about COVID-19’s impact this winter.

Scientific advisers have told the government preparations for Plan B restrictions should be made now so that measures “can be ready for rapid deployment if required”.

Experts on the Scientific Advisory Group for Emergencies (SAGE) also said, in minutes of a meeting published on Friday, that early intervention “would reduce the need for more stringent, disruptive, and longer-lasting measures”.

Speaking to Sky News’ Trevor Phillips on Sunday, Dr Henderson said: “Every bed that gets filled by a patient with COVID in a sense is in a hospital bed with a potentially avoidable disease.

Prof Finn called for “a very different kind of message coming from the government now that there is a serious problem”.

He told Sky News’ Trevor Phillips on Sunday that he wants to “avoid lockdowns”, but added that “we can’t avoid it if we all just go back to normal now”.

On vaccines, Prof Finn said “they’re not by themselves going to be enough at the present time to keep the spread of the virus under control”, adding: “We do need to see people continuing to make efforts to avoid contact, to avoid transmission, and to do other things as well as get vaccinated if we’re going to stop this rise from going up further.”

The warnings from health professionals came as Labour’s shadow chancellor Rachel Reeves suggested the government should look at implementing Plan B.

“Labour as a responsible opposition have always said that we would follow the science, and we’ve seen today that SAGE are saying that some aspects of Plan B, like wearing masks on public transport and in shops, and also working from home more flexibly should be introduced,” she told the BBC’s Andrew Marr Show.

“I think the first thing is, the government have got to do more to make Plan A work. If the scientists are saying work from home and masks, we should do that. So get A working better because the vaccination programme has been stalling, introduce those parts of Plan B.”

Meanwhile, Chancellor Rishi Sunak said on Sunday that a return of the furlough scheme is “not on the cards”, adding that the vaccine rollout is the “best line of defence against having to move to put in place any restrictions”.

Prime Minister Boris Johnson has said there are no plans for another lockdown and that “vaccines are our way through this winter”.

The latest data released on 23 October showed that the UK had recorded a further 180 COVID-related deaths and 49,298 in a 24-hour period.

‘Either we kill it, or it will kill us’: The fight to dismantle a shadow court system threatening climate goals
Kawasaki confirms it will launch three electric motorcycles next year
Virgil Abloh: Louis Vuitton designer who founded fashion label Off-White dies aged 41
Jack Dorsey’s departure from Twitter gives him more time to focus on his passion for bitcoin
Kanye West, Pharrell and Drake lead tributes after ‘genius’ designer Virgil Abloh dies aged 41