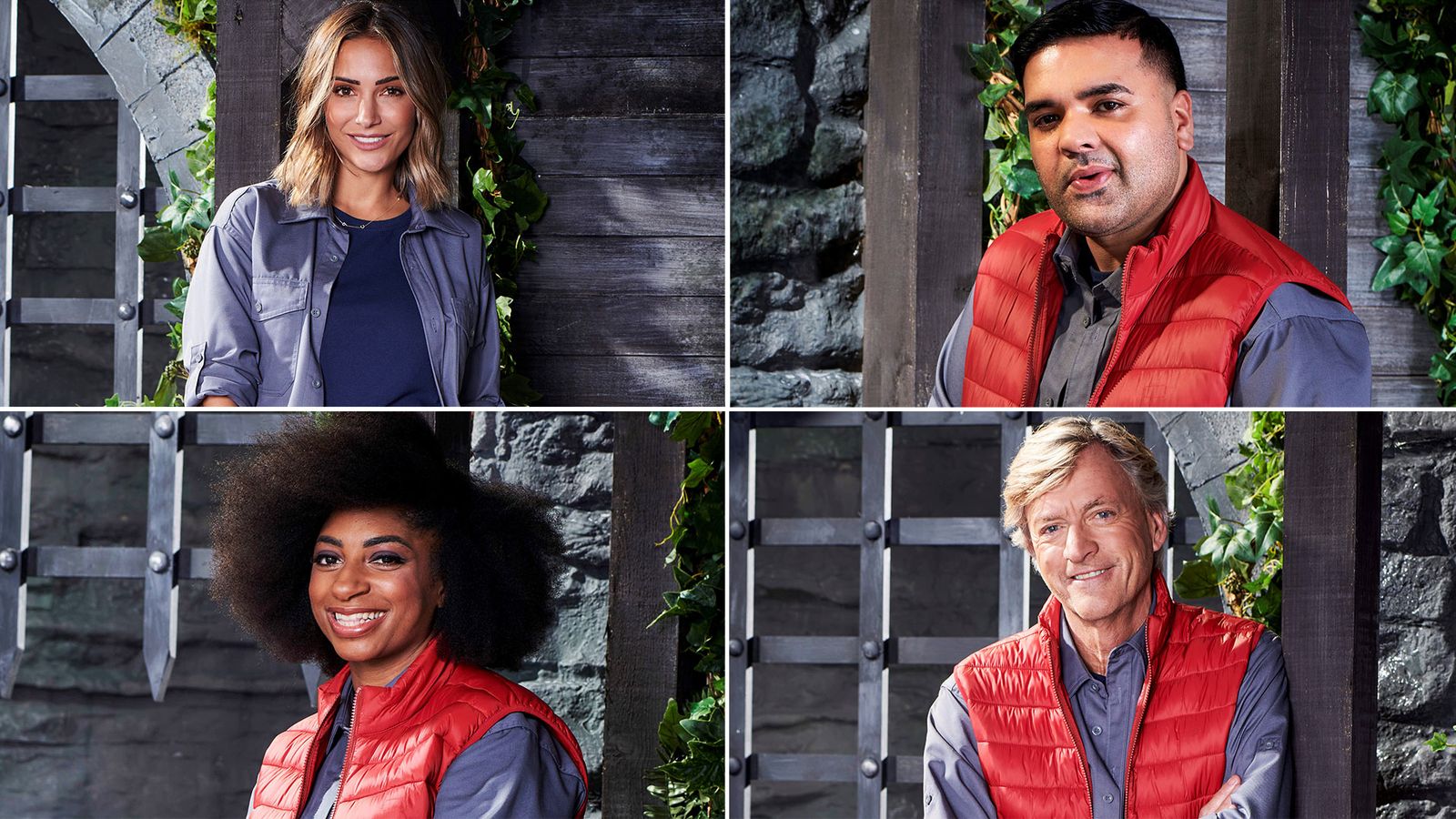 I’m A Celebrity has announced its famous contestants for this year’s series, with stars from the worlds of pop music, international football and soap among the 2021 group.

The ITV show will head back to Gwrych Castle for a second season after uncertainty surrounding international travel meant producers could not be sure they could return to the Australian jungle.

Ant and Dec are back as hosts once again, taking the new set of celebs through their paces in the Welsh castle – take a look at the 2021 line-up below.

Dame Arlene became a household name in the UK when she joined Strictly Come Dancing’s first series as a judge in 2004.

She later left in 2008 and went on to work on shows such as Britannia High and So You Think You Can Dance?

She is also a prolific theatre choreographer and director, and has been part of shows such as We Will Rock You, Starlight Express and Saturday Night Fever.

At 78, she is I’m A Celebrity’s oldest-ever contestant – but says that isn’t going to hold her back.

Miller has played Aaron Dingle in Emmerdale since 2008.

He has been part of some key storylines in the soap, including themes of child sexual assault, car crashes and heists.

There aren’t many sporting fans in the world who don’t know who David Ginola is – a French footballing legend who had stints at teams including Paris Saint-Germain, Newcastle, Spurs, Aston Villa and Everton.

Since then, he’s become a regular on the BBC, BT Sport and CNN, as well as the French version of Strictly Come Dancing.

He has also worked as a model and an actor.

Bridge was part of noughties girl band The Saturdays for seven years, with hits including Up, Ego and Higher.

Before that she was a member of S Club Juniors, a spin-off of S Club 7.

After her music career, the singer went on to marry footballer Wayne Bridge, a former contestant himself, and has presented TV shows and spoken openly about mental health.

A decorated British Paralympian, Cox has medals for both sprinting and cycling at the game – including gold.

Suffering from multiple sclerosis, she has broken world records on the track and represented the UK at two games.

Away from the track and the velodrome, she won this year’s series of Celebrity Masterchef.

Journalist and presenter Minchin has recently departed the BBC Breakfast sofa after 20 years on the flagship show.

She has had a long career at the BBC, which has also included projects such as Sunday Life, The One Show and Olympics coverage.

Minchin says she hopes her stint in the castle will show her fun side after being known as a “serious news presenter”.

Diver Lee took home the gold medal with Tom Daley in the 10 metres synchronised event at the Tokyo Olympics earlier in 2021.

The 23-year-old says taking part in I’m A Celebrity ticks off another life goal.

“Nothing ever prepares you for what life will be like after you do well in the Olympics,” he says. “I was and still am mainly in shock that I am doing I’m A Celebrity. My two childhood dreams were to win an Olympic medal and take part in my favourite TV series. And now I am doing both this year!”

A DJ, songwriter and producer, Naughty Boy has worked with some of the biggest names in pop, including Beyonce and Sam Smith.

The star, whose real name is Shahid Khan, thinks his background working with artists will stand him in good stead when he enters the camp.

“I would love to see more musicians go into the castle this series, Sir Elton John would be incredible,” he says. “We (musicians) are more equipped than people think as we spend such a lot of time in the studio.”

As one half of Richard and Judy, there are not many light entertainment jobs that Madeley has not been involved with.

He hosted This Morning with his wife Judy Finnigan between 1988 and 2001 before moving to their own show, Richard and Judy on Channel 4. The pair have hosted quiz shows and chat shows, appeared on comedy panel shows and even been contestants on reality shows.

Madeley says I’m A Celebrity… has “become part of the fabric of British life and part of the countdown to Christmas”, which is why he wanted to take part.

Colleague and fellow DJ Jordan North was a runner-up on I’m A Celebrity… last year, so she is following in his footsteps.

The 29-year-old says she is looking forward to her listeners finding out more about her.

“I am actually quite a shy person when I am outside my comfort zone,” she says. “I think my shy side might come out and I might be quite shy in the first couple of days but I also will definitely be a team player.”

I’m A Celebrity… Get Me Out Of Here! begins on ITV and ITV Hub on 21 November

‘Biggest f*** up in the RAF’: Fears over training of RAF pilots
Two pilots took off in plane, but only one was left when it landed
GOP strategist breaks down Pompeo’s move against Trump
Boris Johnson met former KGB officer without officials when Foreign Secretary
‘Serious as a heart attack’: What Cipollone subpoena means