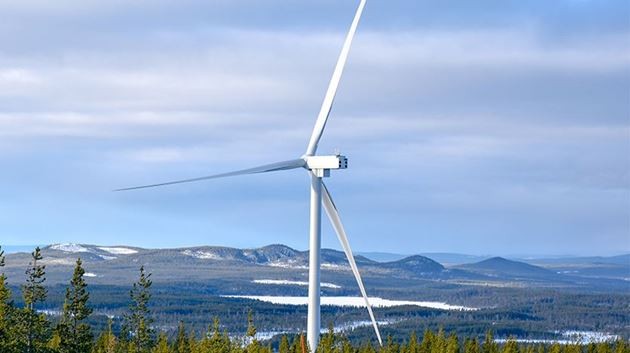 After getting the world’s first offshore wind turbine with recyclable blades up and spinning in August, Siemens Gamesa has just launched its RecyclableBlade for onshore wind power projects.

The Siemens Gamesa RecyclableBlade for offshore was launched in September 2021 and installed at the 342 megawatt Kaskasi offshore wind farm in Germany in July 2022.

Separating the resin, fiberglass, and wood, among others, is achieved through using a mild acid solution. The materials can then go into the circular economy, creating new products like suitcases or flat-screen casings without the need to call on more raw resources.

This technology needs to be rolled out quickly as wind power ramps up globally: According to a 2021 study by Aubryn Cooperman, a wind energy analyst at the National Renewable Energy Laboratory, and colleagues called “Wind turbine blade material in the United States: Quantities, costs, and end-of-life options”:

Assuming a 20-year turbine lifetime, the cumulative blade waste in 2050 is approximately 2.2 million tons. This value represents approximately 1% of remaining landfill capacity by volume, or 0.2% by mass.

In Europe, Siemens Gamesa is working with industry body WindEurope and other major industry players to call for a Europe-wide ban on landfill for blades. 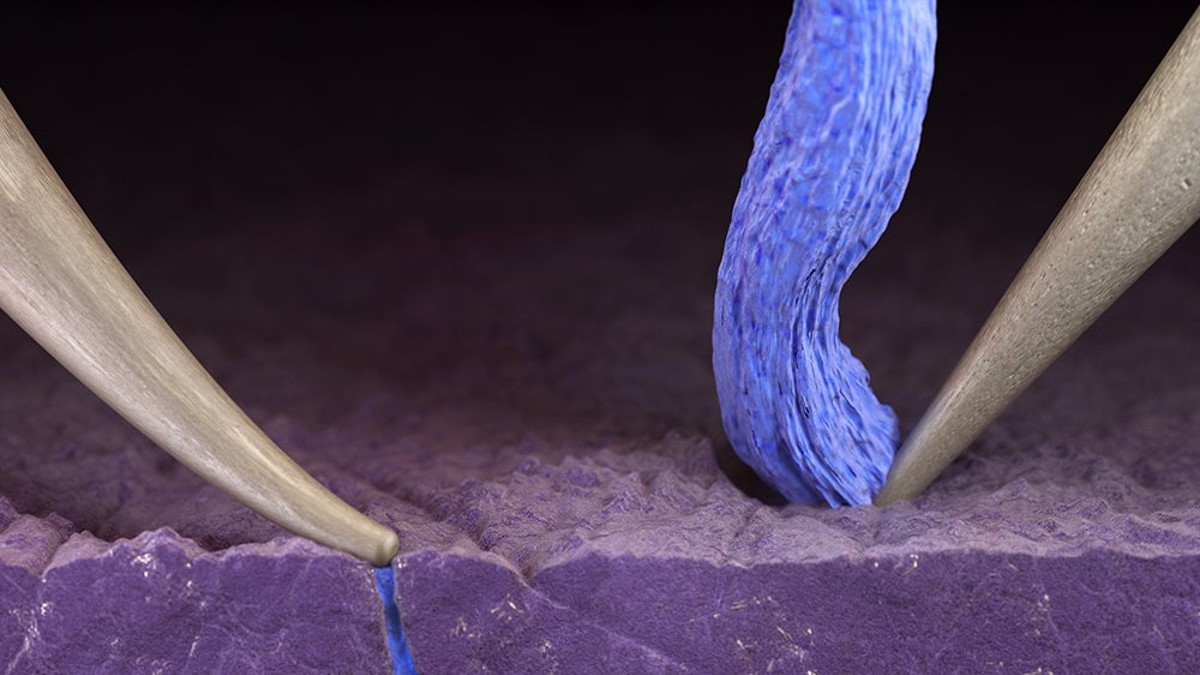 Researchers at Stanford University and the US Department of Energy’s SLAC National Accelerator Laboratory have identified what causes lithium metal batteries to short-circuit and fail – and this could help avoid the problem in future battery production.

As a result of this discovery, energy-dense, fast-charging, nonflammable lithium metal batteries that last a long time could overcome the main barriers to their use in EVs, among other benefits.

Lithium metal batteries with solid electrolytes are lightweight, inflammable, pack a lot of energy, and can be recharged very quickly. There’s just been a short-circuiting problem that causes them to fail.

But researchers appear to have pinpointed the problem. In a paper published in the journal Nature Energy, titled, “Mechanical regulation of lithium intrusion probability in garnet solid electrolytes,” researchers cited mechanical stress, especially during potent recharging, to be the cause of failure.

Just modest indentation, bending or twisting of the batteries can cause nanoscopic fissures in the materials to open and lithium to intrude into the solid electrolyte, causing it to short circuit.

Even dust or other impurities introduced in manufacturing can generate enough stress to cause failure.

Colead author Xin Xu likened it to the way a pothole appears in pavement. Through rain and snow, car tires pound water into the tiny, preexisting imperfections in the pavement, producing ever-widening cracks that grow over time.

Lithium is actually a soft material, but, like the water in the pothole analogy, all it takes is pressure to widen the gap and cause a failure.

So the researchers are now looking at ways to use these very same mechanical forces to toughen the material during manufacturing, much like a blacksmith anneals a blade during production. They’re also looking at ways to coat the electrolyte surface to prevent cracks or repair them if they emerge.

Scientists around the world working to develop new solid electrolyte rechargeable batteries can design around the problem, or even turn the discovery to their advantage, as scientists at Stanford are now researching. 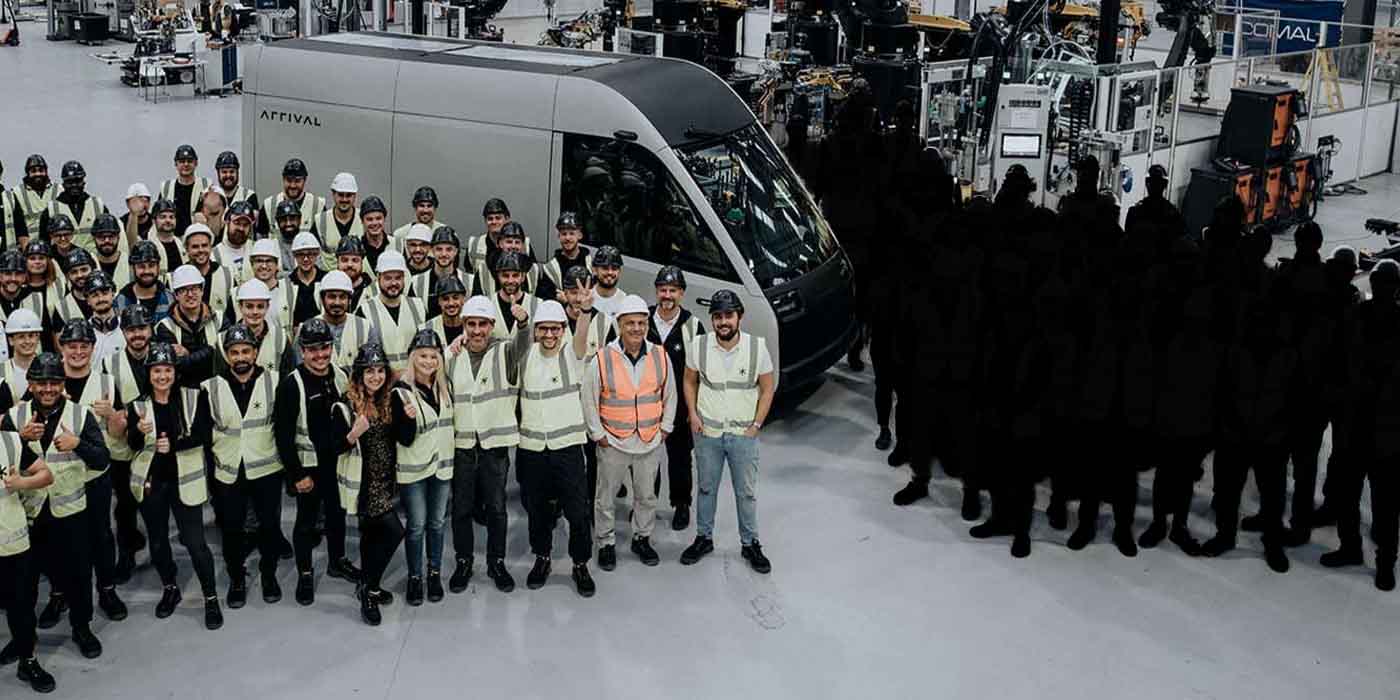 The woes continue for commercial EV start-up Arrival, which hopes an internal promotion of a new CEO can help get its all-electric Van into US production as part of a business strategy pivot to cut costs. Arrival is still struggling with capital, however, as it also shared plans to reduce its current staff by 50% to further cut costs and stay afloat. Here’s the latest.

Arrival ($ARVL) is an EV start-up focused on delivering urban-centric mobility, particularly its last-mile Arrival Van, although the start-up was originally also developing an all-electric passenger bus and a rideshare-specific Arrival Car designed alongside Uber.

Since going public via an SPAC merger in March of 2021, the start-up’s stock value has dwindled, leading to an announcement last summer that it would be reorganizing its business to focus solely on Arrival Van production, halting Bus and Car development.

By October, Arrival announced it was pivoting its EV business once again, shifting its focus to US production after citing significant costs to scale overseas and a less-than-stellar at-the-market (ATM) platform.

What was more concerning was Arrival’s cutting of “cash-intensive activities,” which included staff salaries. With a refocused aim on US Van production, Arrival shared that its new strategy would, unfortunately, have “a sizable impact on the company’s global workforce, predominantly in the UK.”

By November, Arrival president and chief of strategy Avinash Rugoobur resigned for personal reasons, and CEO Denis Sverdlov stepped down into a new role as chair of the board. Peter Cuneo has been in place as Arrival’s interim CEO since.

Today, Arrival has announced a new chief taking the reins, but with even more job cuts to follow as the start-up looks to further lean down in order to reach a start of US Van production.

Arrival Van to arrive in 2024 but will need additional capital

This morning, Arrival shared that its former EVP of digital Igor Torgov will take over as company CEO today, following a unanimous vote from the board. In addition to his time at Arrival, Torgov has held leadership positions at Atol, Bitfury, and Microsoft. He commented on his new role:

Accepting this important role at a critical point in Arrival’s journey is a significant responsibility. Arrival has developed unique technologies in a market that has huge growth potential and can play a key role in addressing climate change. To unlock these opportunities, we need to make difficult decisions and to take swift action. Following a detailed evaluation of Arrival and the wider EV market during the past two months, the leadership team and the Board have taken decisive action to ensure the most effective use of our current resources and optimize the efficiency of the business. The actions support our journey to become a champion in innovative products and new, more efficient methods of vehicle production, particularly in the important US market for commercial electric vehicles. We are keenly aware that these decisions, while necessary, will have a profound impact on a significant number of our colleagues. We are 100% committed to supporting our employees during this difficult process.

As the new CEO, Torgov’s first task following the aforementioned company evaluation is to cut its current staff of 1,600 by half. By combining those significant job cuts with “reductions in real estate and third-party spending,” Arrival expects to also halve its operational costs down to about $30 million per quarter as it continues to try and begin scaled Van production.

As of December 31, 2022, Arrival had just $205 million in cash on hand. Arrival’s stock has sat well below $1 per share for months now, triggering a noncompliance letter from the Nasdaq Stock Market LLC this past November. Arrival has until May to once again eclipse $1 per share, or it will be delisted.

Arrival said it will share more details of its 2023 business plan during its 2022 full-year business update in March, including its financial outlook and product milestones for the Arrival Van. The start-up reiterated that it intends to start Van production in Charlotte, North Carolina, in 2024 but admits that goal remains subject to raising additional capital.

It’s hard out here for an EV start-up these days, and Mr. Torgov certainly has his work cut out for him. 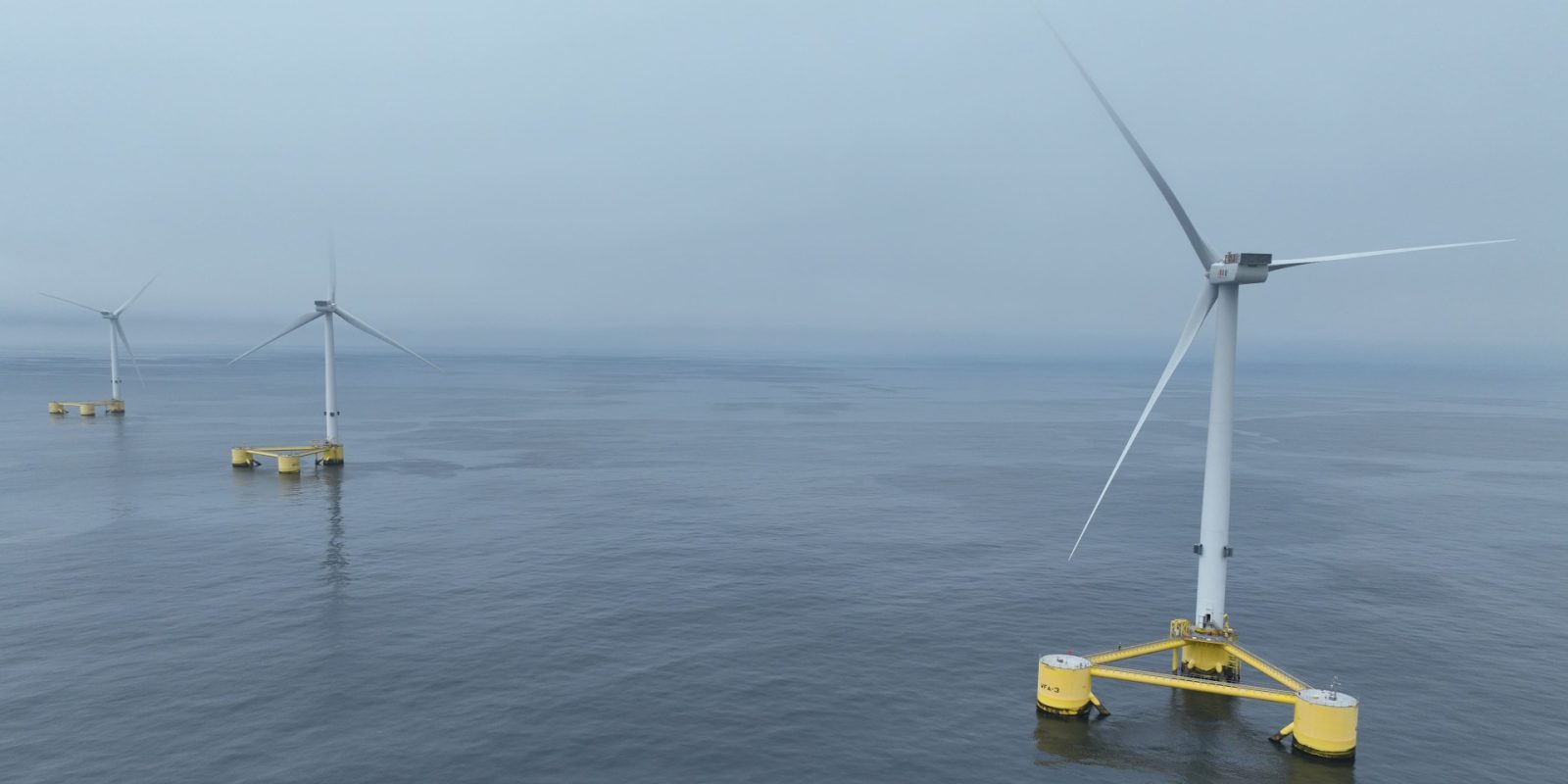 The 25 megawatt (MW) WindFloat Atlantic project ended 2022 with an electricity production of 78 gigawatt hours (GWh) – 5% more output than its first year. It supplies power to more than 25,000 households and avoids 33,000 tonnes of carbon dioxide. Its annual availability was between 93-94%.

The offshore wind farm sits 20 km off the coast of Portugal in the municipality of Viana do Castelo, north of Porto. It’s made up of three 8.4 MW Vestas wind turbines that sit on semi-submersible, three-column floating platforms anchored by chains to the seabed. A 20 km long (12.4 mile long) cable connects it to an onshore substation.

WindFloat Atlantic was connected to the grid at the end of 2019 and commissioned in 2020, and it’s now finished its full second year in operation. It has an operations and maintenance base in the port of Viana do Castelo, where the team receives the wind farm’s information in real time so can address any issues that arise in real time. Onsite intervention can be complex, due to adverse weather and sea conditions in the area where it’s sited.

Principle Power, which also worked on Scotland’s Kincardine, the world’s largest floating offshore wind farm, says on its website that the “WindFloat” technology is compatible with any standard offshore wind turbine and can be deployed in waters deeper than 40 m (131 feet).

The WindFloat has been developed specifically to achieve exceptional stability performance, while reducing structural weight, and simplifying logistics during installation and operation.

The virtual pitch- and yaw-free performance in the offshore environment allows the use of existing commercial offshore wind turbines, located at one of the columns, with only minor modifications to control software.