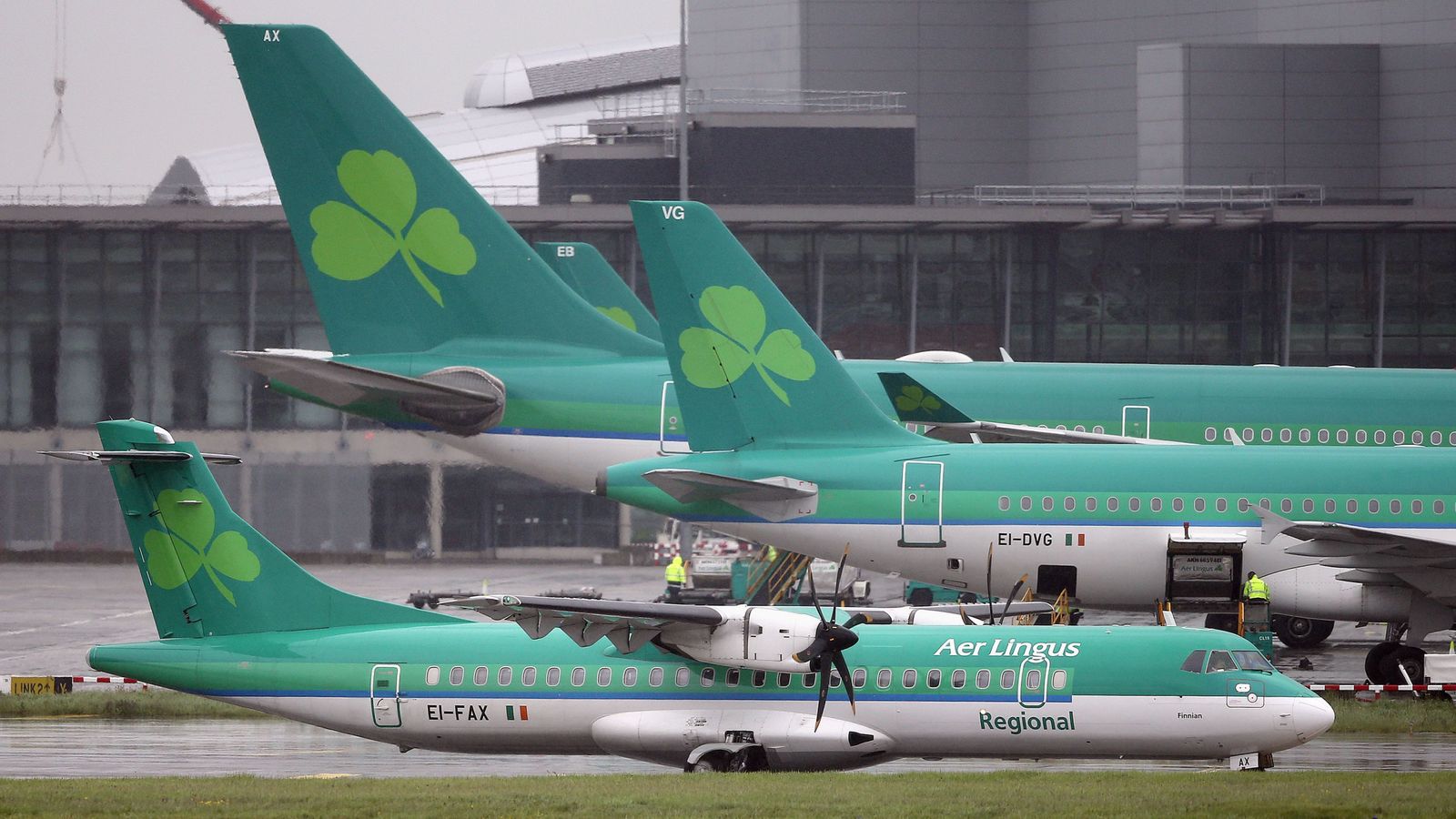 Aer Lingus has announced a number of regional flights have been cancelled after one of its operators ceased trading.

The Irish airline was forced to cancel several flights from Dublin and Belfast City airports to UK cities after Stobart Air collapsed on Friday night.

Those who have booked flights are advised not to go to the airport and to check the Aer Lingus website.

The airline said it is communicating with customers to “advise them of their options for refund or rebooking”.

The situation affects a range of flights from Dublin to Kerry, Donegal, Glasgow, Edinburgh and Newquay.

An Aer Lingus statement said the operator notified the airline that it was “terminating its franchise agreement with immediate effect”.

Stobart Air said all 480 members of its staff have been notified about the current situation.

A spokesperson said: “It is with great regret and sadness that Stobart Air can confirm the board is in the process of appointing a liquidator to the business and the airline is to cease operations with immediate effect.

“Stobart Air apologises to all its customers for the inconvenience caused at short notice.

“Given the continued impact of the pandemic which has virtually halted air travel… and in the absence of any alternative purchasers or sources of funding, the board of Stobart Air must take the necessary, unavoidable and difficult decision to seek to appoint a liquidator.”

The aviation sector has been one of the hardest hit by the COVID-19 pandemic.

Irish Transport Minister Eamon Ryan described the announcement as “concerning news for the affected workers and for regional connectivity”.

He added: “We will be engaging with all stakeholders today and over the comings days to restore connectivity to the regional airports affected”.

The Aer Lingus Heathrow service from Belfast City Airport is not affected and continues to operate.