Malta requires proof of vaccination before allowing visitors to enter

Anyone over the age of 12 who travels to Malta after Tuesday must present a proof of full vaccination before they will be allowed into the country.

Authorities will require a recognised COVID-19 vaccination certificate, such as the type issued by Malta, the European Union or the United Kingdom’s NHS.

Children aged between five and 12 only need to present a negative PCR test, and the under-fives are exempt.

While the rule applies to everyone, regardless of where they come from, the rules are slightly different for people from the UK, according to Visit Malta and the move effectively bans those aged 12-17 who currently cannot be vaccinated in the UK, unless they are part of a trial, as well as millions of adults who are yet to be vaccinated.

Other countries in the EU, under its green passport system, say anyone who is certified to have been vaccinated, has had a negative PCR test result or has certifiably recovered from COVID-19 can cross their borders, but Malta has decided to only recognise those who are fully vaccinated.

In late June, the country announced it would not accept the NHS app as proof of vaccination, but relented at the start of this month.

In the past few weeks, Malta has been a popular option for UK holidaymakers as it is on the UK’s green list, meaning anyone returning does not have to quarantine unless they have a positive test. It is also not on the green watch list, indicating it is not expected to move to the amber list imminently.

The change in rules comes amid a surge in cases across the Mediterranean island, which has a population of just over half a million.

Good news! From 01 July the Malta Ministry for Health has announced that it will accept proof of full vaccination in the form of digital COVID passes, including the NHS app or the vaccination certificate in digital or downloaded PDF form. pic.twitter.com/ko89uPtx37

Malta’s vaccination rates have been high, with 79% of Maltese adults receiving both jabs so far.

Despite that, the Maltese government says 90% of new cases are among the unvaccinated with many of those linked to travel.

The government has also closed English-language schools from Wednesday, after several positive cases linked to those locations were identified.

‘The mercenaries pelted him with bullets’: Wife of assassinated Haitian president speaks from hospital

Richard Branson set to leave Earth: What you need to know about the billionaire space race 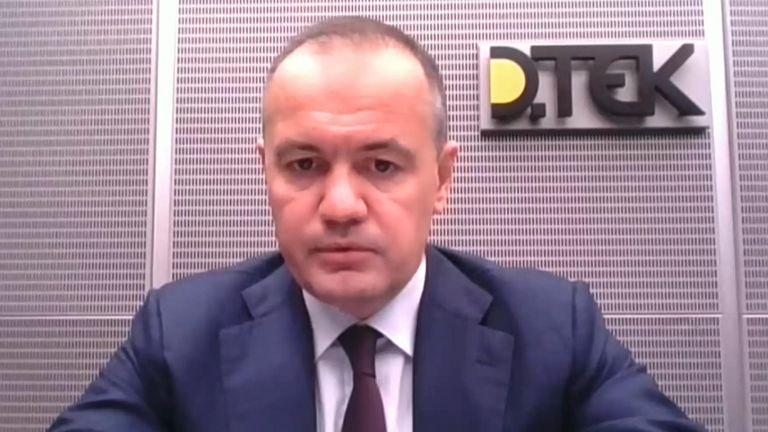 This winter will be the toughest in Ukraine’s history as an independent state as Russia targets power and water supplies, worsening the impact of the war, an energy boss has said.

But Maksym Timchenko told Sky News that Moscow will fail to turn out the lights for too long with its missile strikes because of his country’s ability to repair the damage quickly.

The chief executive of DTEK, the largest private Ukrainian energy firm, predicted that people will endure the next 125 days of wintertime “as brave Ukrainians” despite the threat of new Russian attacks against the energy grid.

“We will survive and we will win,” he said.

Workers from DTEK as well as Ukrenergo, the national electricity company, have mobilised – at great personal risk – to repair power stations, substations and other parts of the network that have been targeted by Russian airstrikes since October in a new energy frontline.

“This has the same importance for Ukrainian victories as the military frontline,” Mr Timchenko said.

Four of his employees have so far been killed on duty since Russia launched its full-scale war in February. Three died in rocket strikes and the fourth was killed by a mine.

“I’m so grateful to our people… who work in this industry,” he said. “These are real heroes and will stay in the history of Ukraine forever.”

With Russia thought already to have bombed more than a third of Ukraine’s energy system, the boss of DTEK predicted the coming months would be the harshest since at least 1991 when Ukraine gained its independence from the then Soviet Union.

“I can say with full confidence [it] will be the most difficult winter because we have never seen such destruction, such behaviour of our enemy, and we never lived under such conditions – constant rocket attacks and destruction and damage and explosions,” he said.

Equally, “I have full confidence that we will cope”.

Mr Timchenko said all six of his company’s thermal power stations had been hit, some of them several times, but they were all back up and running.

“In this fight, you learn a lot: how to restore power supply; how to restore the system; what creative technical solutions can be found so that we bring back our power stations,” he said.

“I have a strong belief that there is no chance that a complete blackout can continue for a long time so that people cannot live.”

But he appealed to the international community for more electrical transformers to assist with efforts to reconnect the grid. “Today, equipment is more important than money for us.”

A major attack on 23 November knocked power out across much of the country for tens of millions of people. Even many homes in the capital Kyiv were without electricity and water for at least 48 hours – the worst impact of Russia’s new tactic so far.

However, Mr Timchenko said despite the damage, it had been possible to retrieve power supplies. “Now we start this countdown of the winter season – 125 days – and trust me, we will get through these 125 days as brave Ukrainians,” he said.

In one home on the outskirts of Kyiv, a couple in their 70s said they would never give up no matter how long they must go without electricity and running water.

Liubov Sudakova and Volodymyr Sudakov are lucky because they have a log stove that keeps the house warm when the power is out. They have also stocked up on food – potatoes and other vegetables – grown in their garden.

“We just need the bombs to stop falling,” said Liubov. “When bombs were flying in the summer… I was in my garden and heard this ‘woosh’ and later boom. So that was scary.”

Pele: Brazil football legend back in hospital as he fights cancer 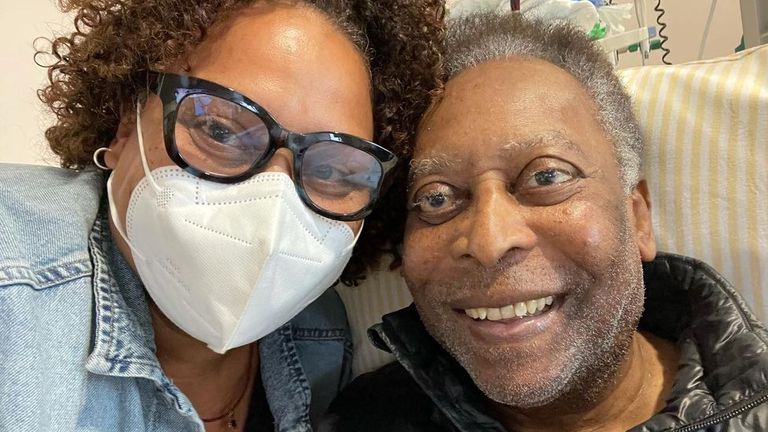 Brazilian football legend Pele is back in hospital, according to his daughter.

But in an Instagram post, Kely Nascimento also said there was “no emergency”, as he continues to fight colon cancer.

She said he had been admitted so that doctors could regulate his medication.

She wrote: “Lots of alarm in the media today concerning my dad’s health. He is in the hospital regulating medication.

“There is no emergency or new dire prediction. I will be there for New Years and promise to post some pictures.”

The football star had a tumour removed from his colon in September 2021 and has since been in and out of hospital for treatment on a regular basis.

ESPN is reporting the 82-year-old had been admitted to Albert Einstein Hospital in Sao Paulo with “general swelling” and was having cardiac issues.

And medics were concerned that chemotherapy treatment was not having the expected results.

Pele is to have further tests for a more in-depth assessment of his health issues, it added.

His manager and the hospital did not immediately respond to requests for comment.

Pele is arguably the greatest footballer of all time.

He burst on to the global scene as a 17-year-old at the 1958 World Cup, helping Brazil to the first of their record five successes.

Injury affected Pele’s contribution to the 1962 and 1966 finals, but he led Brazil to a third triumph, this time in Mexico in 1970 as part of what is widely regarded as the greatest international team of all time.

Brazil‘s leading scorer, with 77 goals in 92 matches for his country, he embodied the idea of football as “the beautiful game”, one played with skill, speed and imagination.

There is much dispute over the number of goals overall he scored during his career, which Guinness World Records puts at 1,279.

However, critics believe that figure is too high, boosted by hundreds scored in friendlies and practice matches.

Including those, he scored at almost a goal a game throughout his 22-year career.

Others put his total at 757 goals, although his main club, Santos, says his tally was closer to 1,000.

In 2013, he was awarded the FIFA Ballon d’Or Prix d’Honneur (award of honour) in recognition of his career and achievements. 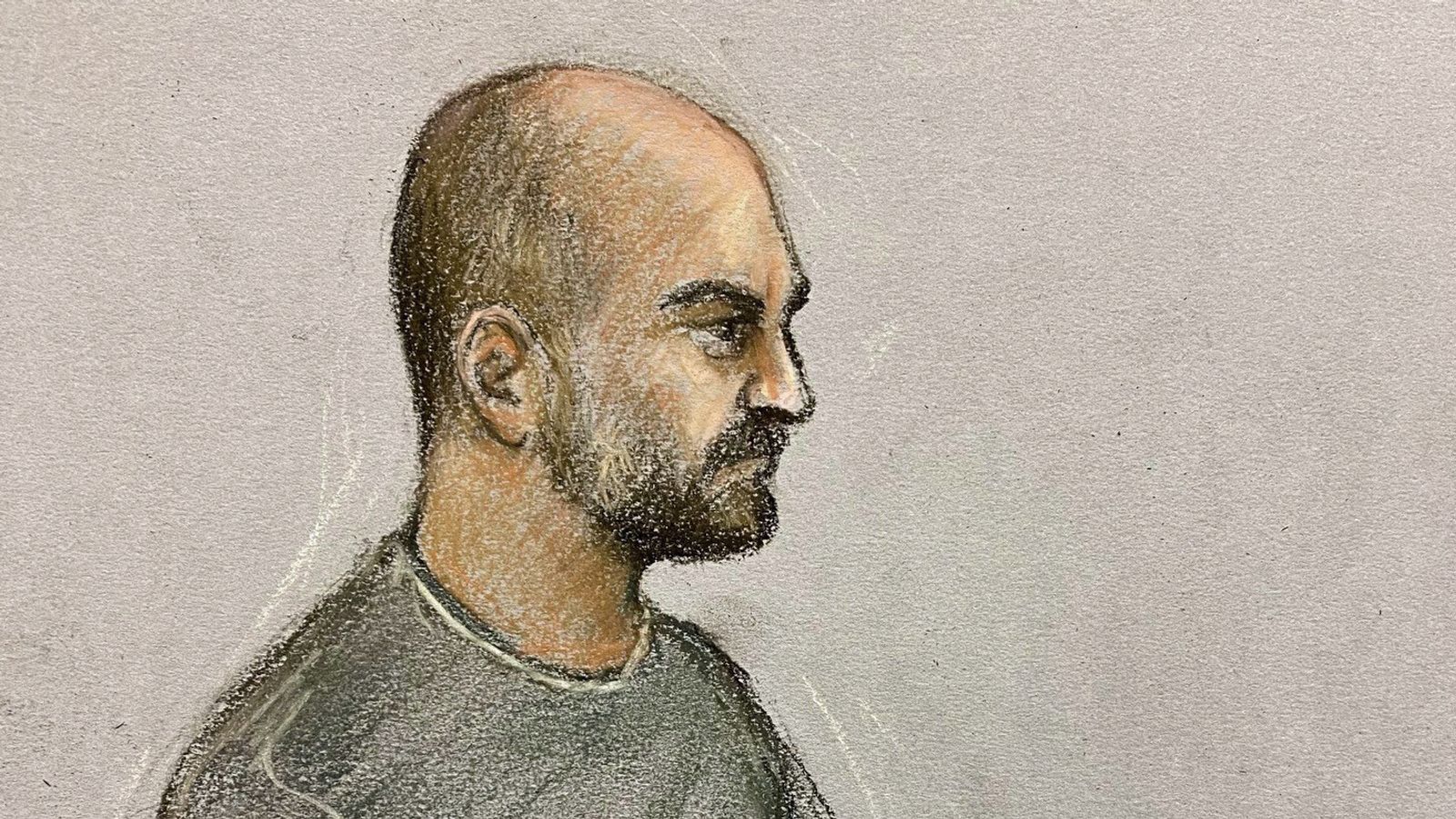 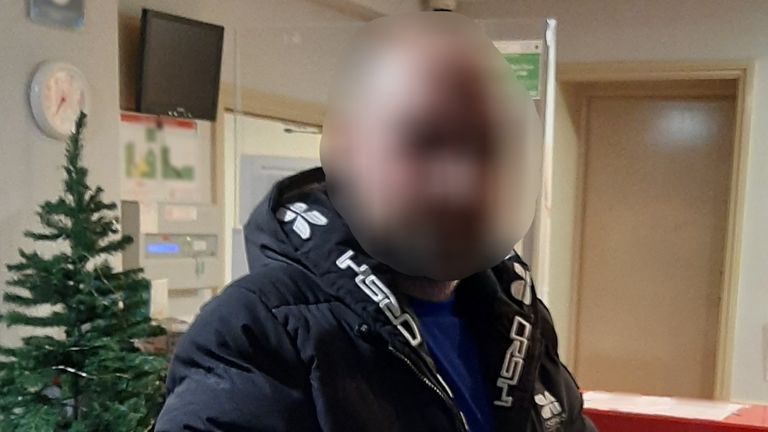 An alleged ringleader of a people smuggling gang, accused of sending more than 30 migrants to their deaths in the English Channel, is fighting extradition to France.

Appearing at Westminster Magistrates’ Court, the 32-year-old was accused of putting them in a badly-designed boat with inadequate navigation or life-saving equipment.

When the boat deflated and sank in darkness two hours after leaving France – and all but two on board drowned – he allegedly offered their relatives money to keep quiet.

Two migrants survived and identified Abwbaker as the ‘right-hand man’ of the gang’s leader, according to an extradition warrant issued by the French authorities.

The document also claims he personally helped the migrants on to the boat and electronic data showed his mobile phone was at the launch site on the French coast.

The warrant states the migrants were powerless to respond to an emergency, and “had no chance of facing any event at sea,” Prosecutor Michael McHardy told Westminster Magistrates’ Court.

Abwbaker, a Kurd, was arrested in Cheltenham, Gloucestershire, on Tuesday morning. In court he gave his address as the town’s Ramada Hotel.

He sat in the dock in jeans and a grey sweatshirt, scratching his beard during the 30-minute hearing.

Asked if he agreed to be extradited, he said through an interpreter: “If I return now, how can I come back once I’ve proved my innocence? What you’re talking about is my life and my freedom.”

It’s previously been reported that 27 bodies were recovered the day after the boat sank and four migrants were still missing.

According to the extradition warrant, the French Navy recovered 25 bodies.

Abwbaker did not ask for bail and was remanded in custody ahead of an extradition hearing in April. He will appear in court again for a preliminary hearing on 29 December.