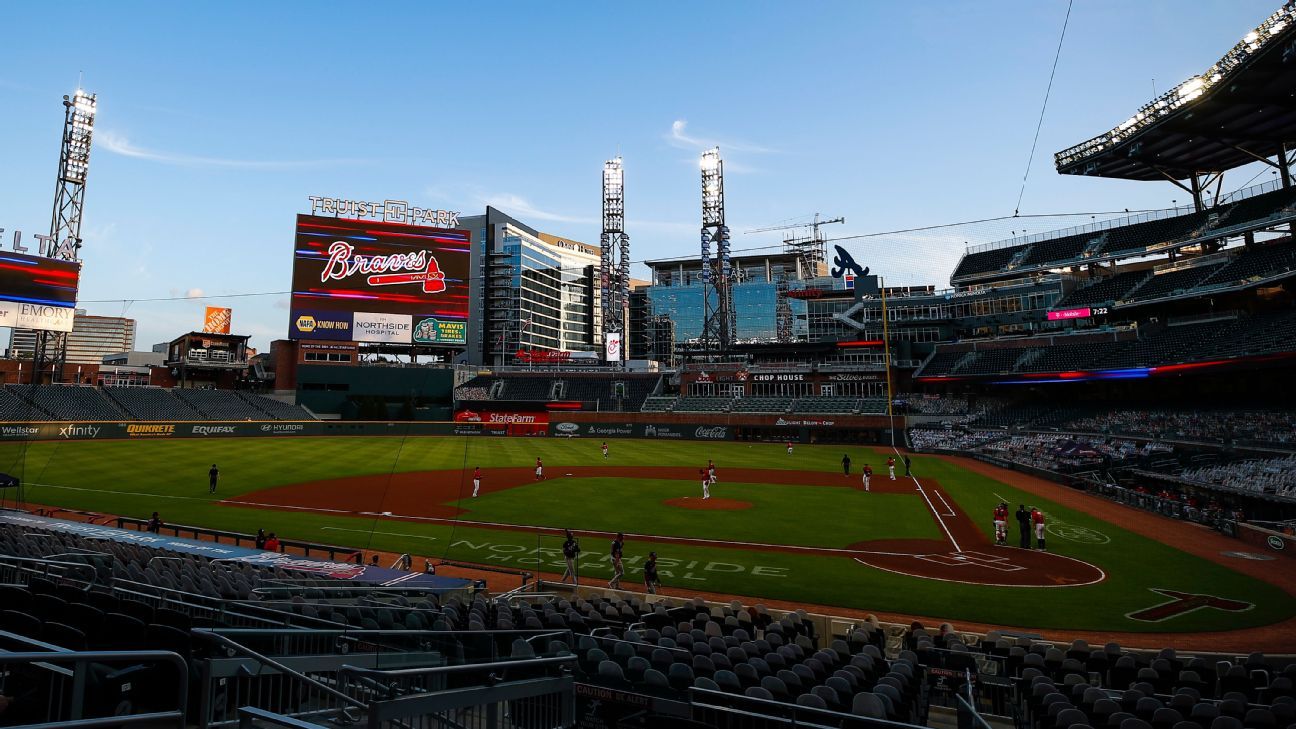 ATLANTA — The Colorado Rockies‘ game at the Atlanta Braves has been postponed because of a soggy field caused by rain.

A makeup date was not immediately announced.

The start of the game was pushed back almost 2 hours in hopes the wet field would become playable. There was more rain Thursday morning following steady rain Wednesday night.

The Braves and Rockies are not scheduled to play again this season and don’t have matching days off. Each team wanted to play the game as scheduled Thursday, if possible, though they also had to consider travel plans for Friday games.

Atlanta is off for a three-game series in San Francisco, while Colorado was due to start a set in Washington on Friday.

A possible makeup date if necessary could be Oct. 4, the day after the last scheduled game of the regular season. The Rockies are slated to play their last regular season game at Arizona on Oct. 3, potentially making for a long flight for the one makeup game.

Braves RHP Chris Martin (right elbow inflammation) was reinstated from the 10-day injured list. RHP Luke Jackson was placed on the paternity list. Martin was placed on the IL on Sept. 2 and threw a perfect inning for Triple-A Gwinnett in a rehab outing Tuesday.

Rockies: Colorado’s road trip continues on Friday when LHP Kyle Freeland (5-8, 4.76) is scheduled to start the opener of a three-game series at Washington.

Braves: In a matchup of division leaders, Atlanta opens its set at San Francisco on Friday with RHP Ian Anderson (7-5, 3.61) scheduled to start. Anderson was Thursday’s scheduled starter.