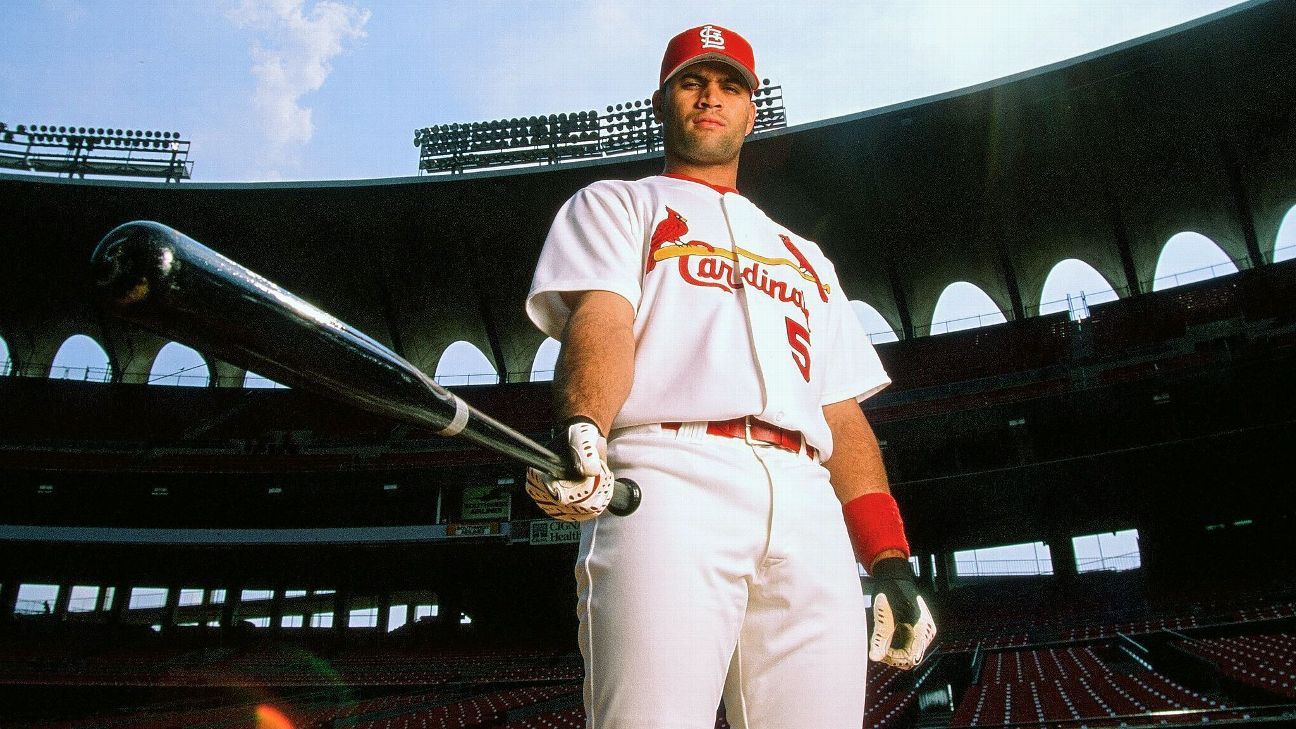 Albert Pujols is in legendary company.

With his 700th home run, the St. Louis Cardinals slugger has accomplished a feat that only Babe Ruth, Hank Aaron and Barry Bonds have managed. His placement under them on the all-time home run list tells you just how incredible his 22-season career has been.

Pujols has been in the league for such a long time, in fact, that the world looked very different when he hit his first home run, in April of 2001, off the Arizona Diamondbacks‘ Armando Reynoso. Here’s a look back at just how much things have changed in the intervening years.

Baseball and other sports

We can get such a sense just from looking at the Cardinals’ and Diamondbacks’ rosters at the time Pujols hit his first. Pujols batted fifth in that early-season game. Batting ahead of him were Fernando Vina, Edgar Renteria, J.D. Drew and Ray Lankford. All of them were legitimately good players — none of them has been in MLB since 2011. Mike Matheny batted after Pujols — he’s now managing the Kansas City Royals and has been a major league skipper since 2012.

This was a year of incredible numbers in baseball. Bonds famously hit 73 home runs (and walked 177 times), Ichiro Suzuki led the league with 242 hits, Randy Johnson struck out 372 batters. The oldest player in the league, 44-year-old Jesse Orosco, was born in 1957. Even then, among all this incredible talent, Pujols stood out, winning Rookie of the Year honors with 37 home runs and a 1.013 OPS.

When Pujols hit his first, Tom Brady had 6 career passing yards. He’d end up filling in for an injured Drew Bledsoe in the 2001 NFL season, on his way to leading the Patriots to their first Super Bowl win. Now he has seven Lombardi trophies, and has added almost 85,000 passing yards to those initial six.

Ed Reed was a senior on the Miami Hurricanes’ 2001 National Championship team. He then played in the NFL, retired and made the Hall of Fame, all before Pujols hit No. 700.

LeBron James was just starting to make his name … in high school. James was a sophomore at St. Vincent-St. Mary High School in April 2001.

Nolan Gorman, Pujols’ teammate this year on the Cardinals, was not yet a year old. Tampa Bay Rays shortstop Wander Franco was barely a month old. LaMelo Ball wouldn’t be born until August.

Not only was the original iPhone still six years away from release, the original iPod wouldn’t come out for another six months. iTunes was only 4 months old.

Anyone looking to buy an original Xbox would have to wait — the debut console didn’t come out until November. This was, however, an incredible year for video games. The original “Halo: Combat Evolved” would launch that year, as would “Max Payne,” “Baldur’s Gate II: Throne of Bhaal,” “Super Smash Bros. Melee” and “Unreal Tournament.” By year’s end, console gamers would have their choice of the Xbox, PlayStation 2, GameCube, or Dreamcast.

Wikipedia, now a ubiquitous source of information and ultimate resolver of barroom debates, was only 4 months old by the time of Pujols’ first home run. Pujols himself wouldn’t have a Wikipedia page until June 2004.

The Harry Potter, Fast and the Furious, and Ocean’s franchises would all debut in 2001 — as would “Shrek,” which won the Oscar for Best Animated Feature that year. “Harry Potter and the Sorcerer’s Stone” would gross more than $317 million in 2001. That means Pujols’ career outlasted the 11 total movies in the Potter and Ocean’s franchises. In April of that year, when Pujols hit his first, the highest-grossing film was “Spy Kids” with more than $17 million.

The Billboard top song of April 2001 was a Shaggy beat … and surprisingly, it wasn’t “It Wasn’t Me.” Shaggy’s “Angel” was in the middle of a two-month run as the top song when Pujols launched No. 1. Lifehouse’s “Hanging by a Moment” was the most successful song of the entire year. Future Billboard No. 1 artist Billie Eilish wouldn’t be born until December.

The wildest plays and moments from college football’s Week 4