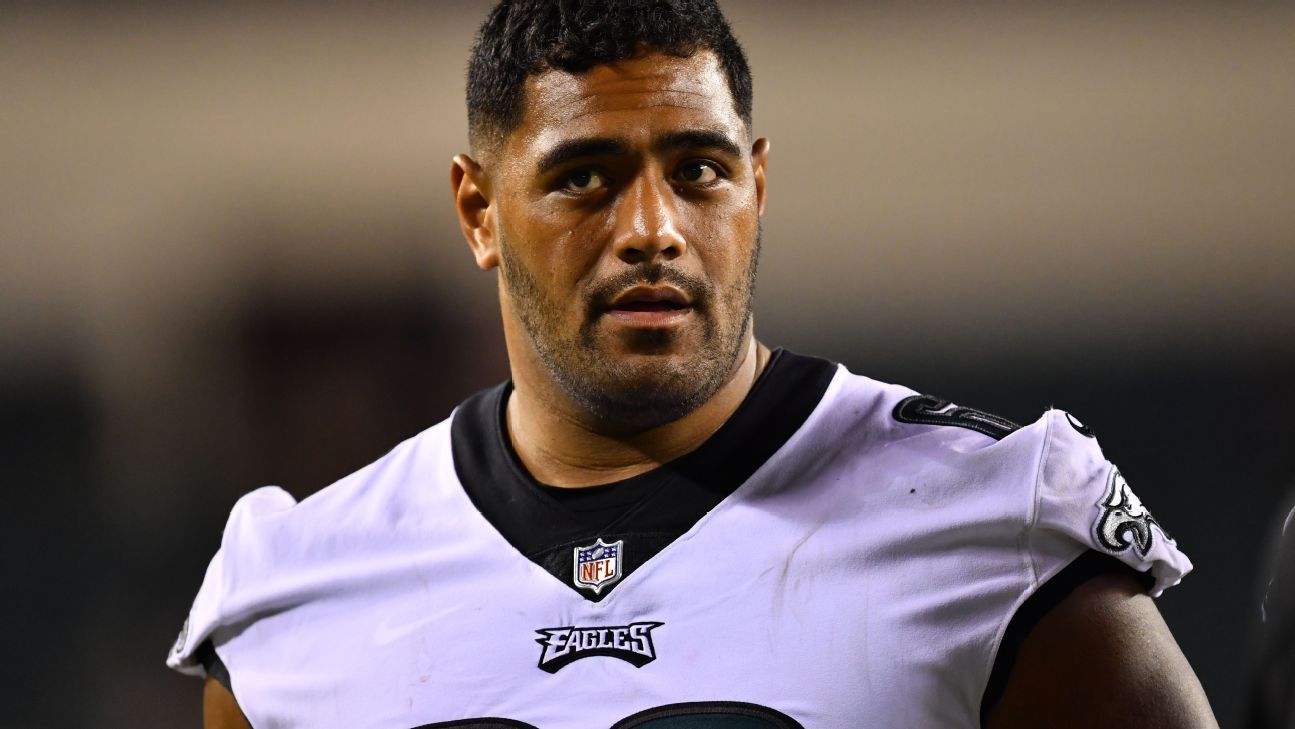 The deal, which runs through the 2025 season, could be worth up to $80 million and includes $40.85 million guaranteed, agents Jeff Nalley and Graylan Crain told ESPN.

It was completed Saturday, just before the team left its facility to fly to Atlanta for its season-opener against the Falcons.

“Excited to be here for another four years, representing this team and city,” Mailata said in a video posted to Twitter by the Eagles. “I can’t wait to keep representing my family and everything that I have in me. Give it to you guys to get this championship here. Remember, Go Birds, baby!”

Mailata’s ascension has been nothing short of remarkable. A former Australian rugby player, he had no prior football experience and could barely name an NFL team when he arrived at IMG Academy to train in January 2018 as part of NFL’s International Player Pathway program.

Standing at 6-foot-8 and 346 pounds, his athletic gifts were obvious, but he didn’t even know how to put on or take off a helmet at first, let alone grasp the complexities of a pro offense.

He was selected by the Eagles in the seventh round (233rd overall) of the 2018 draft.

Mailata, 24, did not play his first two seasons in the NFL, but he showed marked improvement under the tutelage of offensive line coach Jeff Stoutland. He started 10 games last season as the Eagles’ offensive front was hit hard by injuries and proved himself well.

He entered this summer in a competition for the starting left tackle spot with former first-round pick Andre Dillard, who was held back by multiple injuries. Mailata became the clear favorite to win the job as the weeks went on.