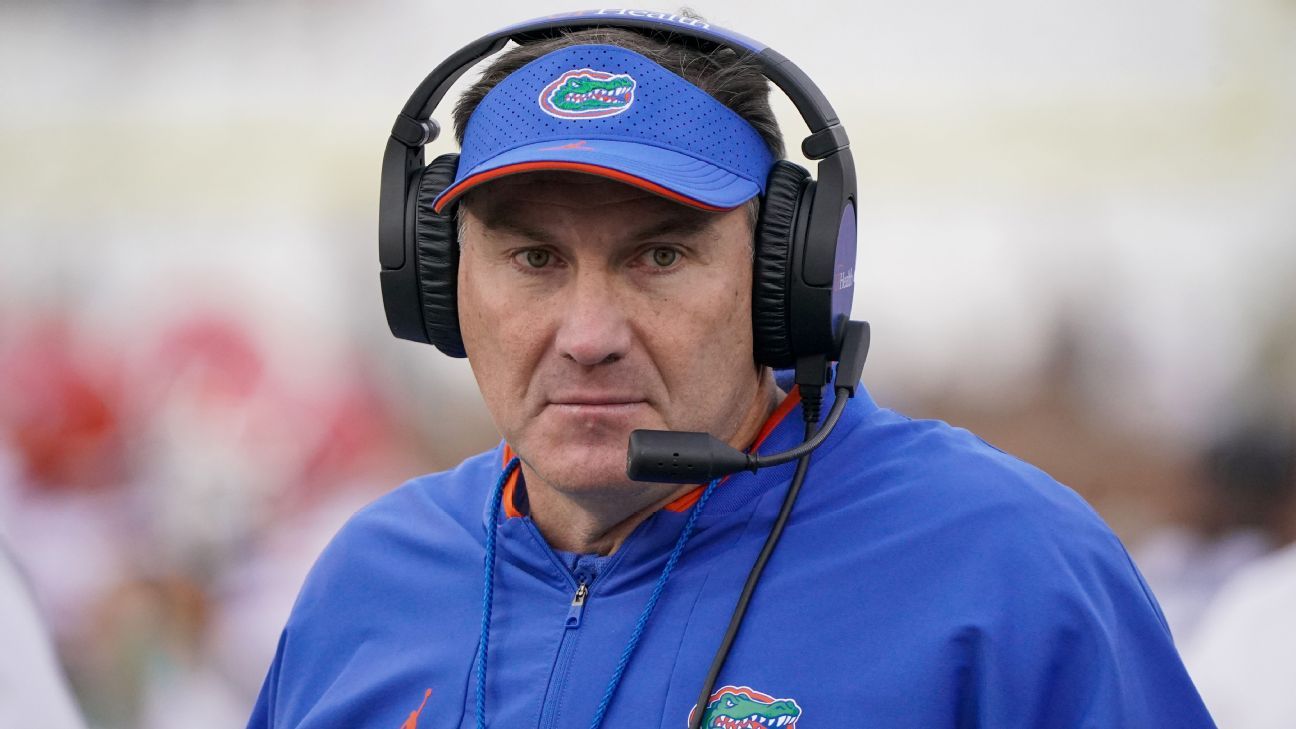 Dan Mullen is out as Florida‘s football coach, the school announced Sunday.

A staff meeting was called for 1 p.m. ET and a team meeting for 1:30. The Gators have lost four straight games to Power 5 opponents and are 2-9 against Power 5 teams dating back to the final three games of the 2020 season.

Mullen, in his fourth season at Florida, had the Gators in the SEC championship game last season, but they need to beat Florida State on Saturday to avoid a losing season. The Gators are currently 5-6 (2-6 SEC).

Mullen, who finishes with a 34-15 record, has a buyout of $12 million, and he is owed $6 million within 30 days with the remaining $6 million to be paid out yearly in $1 million payments.