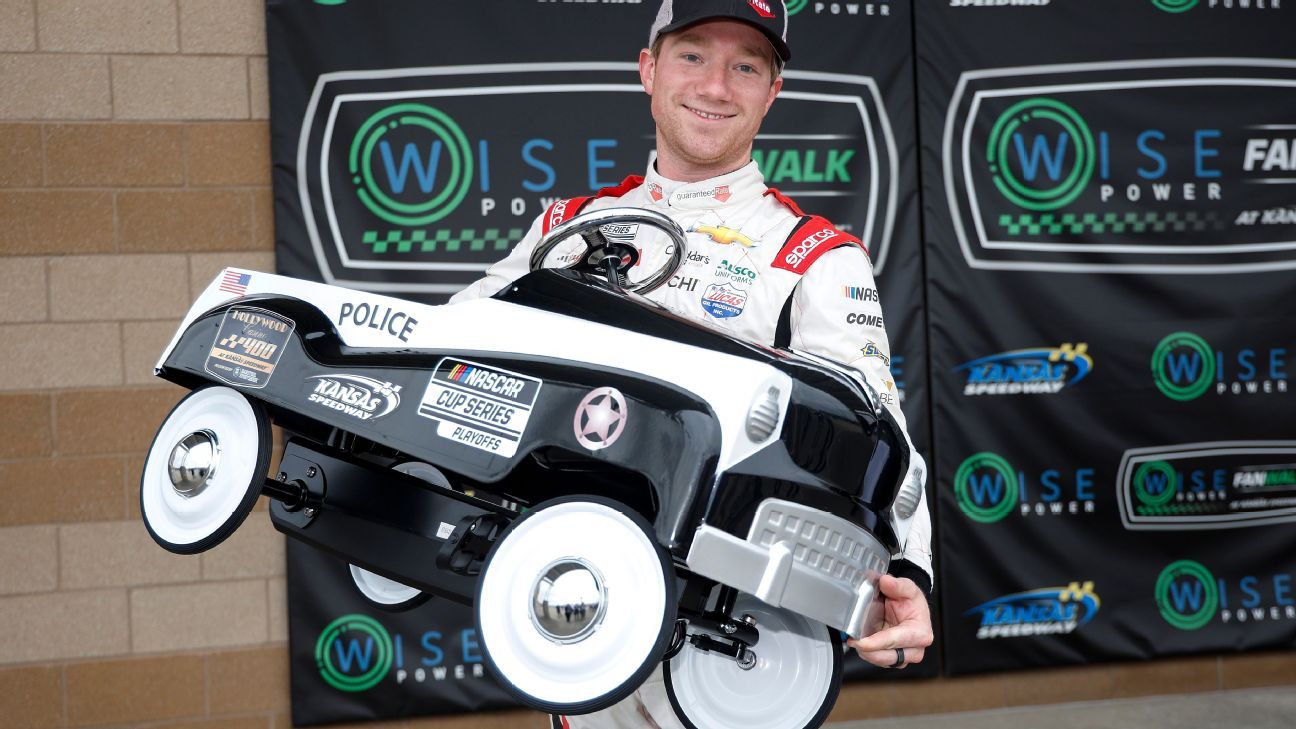 KANSAS CITY, Kan. — Tyler Reddick will start from the pole in the NASCAR Cup Series playoff race at Kansas Speedway.

Reddick leaned on his extensive background driving dirt late models to ride the rim around the mile-and-a-half track on Saturday. He stopped the clock in 29.899 seconds, denying Joey Logano a second straight pole.

It’s the first time that Reddick, who is fifth in the playoff standings, has earned the pole on an oval.

“I’m really excited about that,” he said, “and it’s crazy — I think my first Xfinity pole came here, too.”

The drivers who made the final round had to contend with changing conditions – the first few qualifying laps were made under cloud cover, while the sun began peeking out for Austin Cindric and remained out the rest of the session.

They also had to decide whether to ride the far outside groove or a line that was slightly lower on the track.

Christopher Bell, who opted for the rim, was the fastest in the first group of five with a lap of 30.057 seconds. And he was pleased with the time for Joe Gibbs Racing, telling his team over the radio, “That’s all I got, buddy.”

It was enough to start alongside Alex Bowman on the outside of the second row.

Bowman took a slightly lower line around the track and posted a time of 29.964 seconds before Logano overtook him down the back stretch and carried enough speed through Turn 3 and Turn 4 to set a new best time of 29.936.

Just not quite as good as Reddick, who landed the No. 8 of Richard Childress Racing up front.

“This place continues to change. It’s the kind of track you can move around a lot,” he said. “Just the amount of on-throttle time you have is a big adjustment and, thankfully, we got it pretty good and got to the last round.”

The rest of the playoff field has some ground to make up.

Austin Dillon will start 11th with Chase Briscoe in 13th, Kevin Harvick behind him, and Daniel Suárez in 15th. Ryan Blaney qualified 17th with Kyle Busch in 20th, Chase Elliott in 22nd and Denny Hamlin 25th.

Wallace holds off Hamlin for 2nd win on MJ team