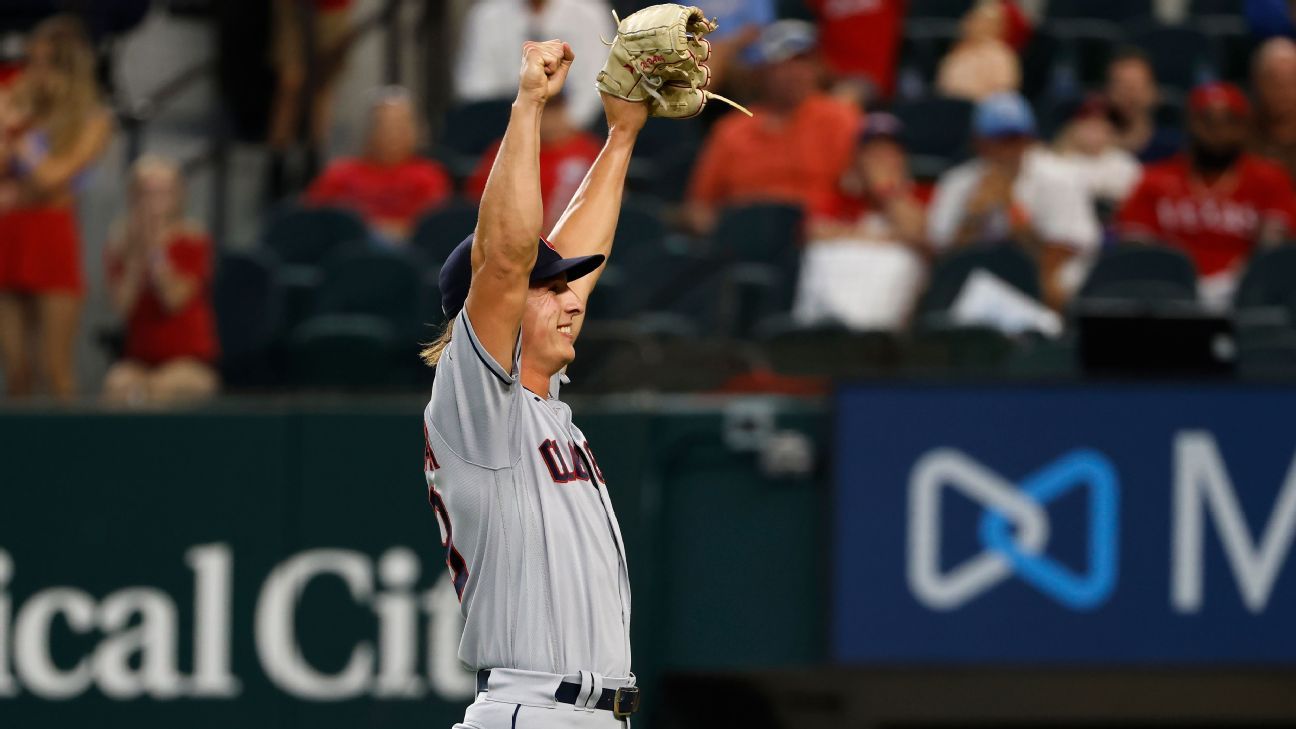 MLB playoff tracker: Who can clinch next, key series and current playoff bracket

There are still a couple weeks left to go in the 2022 MLB regular season, but a few teams are already looking toward October.

The Dodgers have officially secured the season’s first playoff berth, and the Houston Astros, New York Mets, Atlanta Braves, New York Yankees and Cleveland Guardians followed next. Meanwhile, clubs such as the Seattle Mariners, Tampa Bay Rays, Philadelphia Phillies and San Diego Padres, are battling it out for the remaining wild-card spots. Beyond division races, there are many storylines to watch as the regular season comes to an end and October begins, such as Seattle’s attempt to break a 21-year playoff drought, Aaron Judge‘s race to 62 home runs and Albert Pujols‘ quest for 700 career home runs.

Where do the current playoff matchups stand? What series should you be paying attention to in the coming week? And what does the playoff schedule look like? We have everything you need to know as the regular season winds down.

What are this October’s MLB playoff matchups as it stands now?

The Dodgers secured the season’s first playoff berth — L.A.’s 10th straight trip to the postseason — and followed that by clinching the NL West with a win in Arizona the next day.

The Astros became the second team to clinch a postseason berth and followed it up by clinching the AL West title, which is Houston’s fifth division crown in the past six seasons.

The Mets clinched a playoff spot with Max Scherzer’s 200th career win in Milwaukee. While New York is still chasing the bigger goal of an NL East title and the wild-card round bye that comes with it, this is the team’s first playoff appearance since 2016.

While the battle for the NL East will likely come down to the wire, the defending champion Braves clinched a return to the postseason the day after the Mets.

The Yankees secured their sixth straight playoff berth with a walk-off win over the Red Sox on Thursday night and now turn their attention to wrapping up the AL East, which they can clinch with a win at Toronto tonight.

The Guardians clinched the AL Central for the first time since 2018 with a 10-4 win over Texas on Sunday afternoon, becoming the sixth team to secure a postseason berth.

Who could be next?

St. Louis is counting down to a likely NL Central title thanks to a comfortable division lead over Milwaukee. The Cardinals can clinch with a win at Milwaukee on Tuesday or Wednesday.

The Yankees look to clinch AL East race in a three-game series against a Blue Jays team that is trying to keep the Mariners and Rays at bay to maintain its No. 4 seed.

A two-game set between NL Central foes might be less enticing with the Brewers so many games behind, but it is worth watching with the Cardinals on the verge of clinching the division.

The Dodgers have the franchise single-season wins record within reach, while the Padres are battling the Phillies and the surging Brewers for wild-card positioning.

Cleveland has now clinched the AL Central but will look to keep proving itself against fellow playoff contenders. Meanwhile, Tampa Bay is locked in back-and-forth wild-card race with Seattle and Toronto.

Albert Pujols joins 700-HR club: The best stories from those who played with and against him